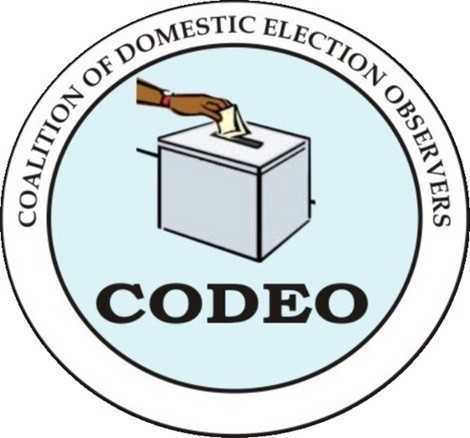 The Coalition of Domestic Election Observers (CODEO) is saddened by the widespread apathy among political parties in the recent exhibition exercise carried out by the Electoral Commission (EC).

The observer group, however, commended some local level actors in Chereponi district of the Northern region, who cooperated with the EC in removing names of dead relatives and community members. It urged other local level actors across the country to show similar cooperation in future exercises.

The EC carried out an exhibition of the voter register from Thursday, October 25, 2018, to Wednesday, October 31, 2018, at various exhibition centres within 47 districts to be affected by the impending creation of additional regions in the country.

The exercise is part of preparations by the Commission to organize a referendum on December 27, 2018, in the four (4) regions – Western, Brong Ahafo, Volta and Northern – out of which six (6) additional regions would be created.

In keeping with its objective of promoting electoral integrity in the country, CODEO deployed five (5) observers to eight (8) districts in the regions where the exhibition exercise took place who observed the exercise for the entire duration of the exercise.

The districts observed by CODEO included: Juaboso in the Western Region; Chereponi and Sawla-Tuna-Kalba in the Northern Region; Krachi West in the Volta Region; and Nkoranza North, Nkoranza South, Kintampo North and Kintampo South in the Brong Ahafo Region.

CODEO observers visited a total of 31 exhibition centres within these eight (8) districts.

This exercise follows CODEO’s observation of the 2018 limited voter registration carried out by the EC from September 16-25, 2018.

Below are the highlights of the main findings from CODEO’s observation of the exercise:

 Overall, observers reported that the exercise was peaceful and marked by low publicity and patronage. Public response in the first few days was generally low but picked up in the latter days of the exercise. Turn-out varied from exhibition centre to exhibition centre and on different days.

At some polling stations, it was as low as less than 10 persons in a day and as high as over 50 persons on others days at other exhibition centres.

 EC officials generally complied with the rules governing the conduct of the exhibition exercise.

 Observers further noted that exhibition centres generally had the requisite forms and materials for the exercise.

 There were, however, no biometric verification devices present at exhibition centres despite the EC’s introduction of the device during the previous 2016 voter register exhibition.

 Observers noted that there were very few requests for correction and inclusion of names on the register. There were also a few objections to names in the register and this was often on grounds of persons being deceased.

In the Chereponi district in the Northern region, for example, some local leaders and actors, including an Assembly member, traditional leaders, opinion leaders and some family members cooperated with the EC’s exhibition officials on the removal of names of deceased family and community members from the voter register.

 CODEO is disappointed that once again, political parties did not show much interest and did not attach much importance to this exercise by failing to deploy their agents to monitor the exercise.

 CODEO, however, commends some local level actors in Chereponi district of the Northern region who cooperated with the EC in removing names of dead relatives and community members. CODEO urges other local level actors across the country to show similar cooperation in future exercises.

 CODEO urges the EC to be consistent with the practice of using biometric verification during exhibition exercises as recommended by the electoral reforms committee to help identify challenges associated with the use of these devices before election day.

 Finally, CODEO calls on the EC to intensify publicity ahead of such electoral activities.

CODEO wishes to assure the public of its commitment to observe electoral activities and to help draw attention to relevant issues requiring action to improve election administration in Ghana.