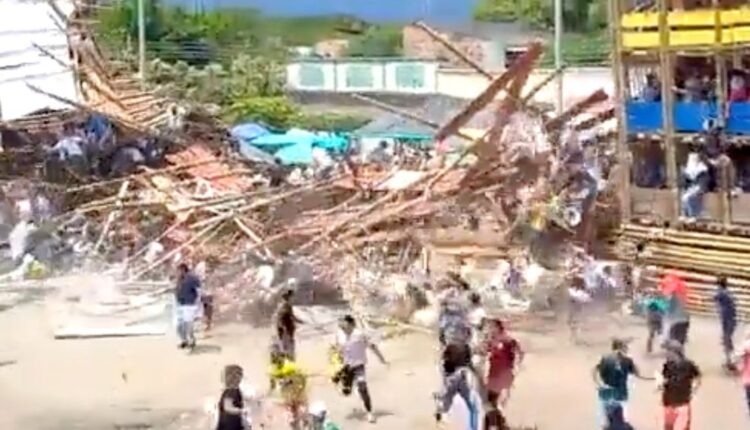 At least four people have been killed and about 70 injured after a stand collapsed during a bullfight in central Colombia, local media report.

Footage has emerged showing the wooden stand filled with spectators falling down at a stadium in the municipality of El Espinal, Tolima department.

People are seen running away in panic.

Sunday’s incident happened during a traditional “corraleja” event, when members of the public are encouraged into the ring to engage the bulls.

There are fears that the death toll will rise further.

A bull escaped from the stadium and caused panic in the municipality.

“We need support from ambulances and neighbouring hospitals, many people are still unattended,” Mr Rojas is quoted as saying.

Sunday’s event was part of celebrations of the popular San Pedro festival.

Similar accidents have happened in other Colombian bullfighting venues in the past.