FAST rising stand-up comedian, Jerry has always known that he had something unique in him for comedy and the more he pulled away from it, the more it kept chasing him.

Although Comedian Jerry trained to be a journalist at Ghana Institute of Journalism (GIJ), the comic, born Jeremiah Ashinyo Oluwaudara had no option than to pursue his passion for comedy.

Today, he is doing quite well with his astounding stage persona.

Even though Ghana has not yet fully embraced stand-up comedy, Comedian Jerry believes taking his chances and exploring the comedy space will give him the satisfaction he needs after sharing the stage with a number of prominent comics from Ghana including OB Amponsah, Foster Romanus, and Lekzy DeComic.

The budding funnyman had been a practicing journalist with an Accra-based radio station and an online writer for a couple of years before he made his way into the comedy space.

Speaking with Graphic Showbiz on the changeover, Comedian Jerry said he had a big appetite for the comedy profession and has no regrets making such decision.

“Sometimes, I get people asking why as a GIJ graduate, I am now doing comedy and my response has always been that I’m being driven by extreme passion for comedy. The shift was worth it and I have not regretted pursuing it at all even though it came with some difficulties. But I will maintain that it was the best decision ever,” he said.

Speaking about his goals, he expressed confidence that with time and effort, he would be able to create a loyal following and promote Ghana to a global audience.

“Building my own space and achieving that level of international acclaim are currently my main goals, and I have faith that I will succeed to a point that I can even start developing other people who have a passion for comedy.”

He however told Graphic Showbiz that practicing journalism was still in his plans but for now, his concentration was on building a solid comedy brand adding, “I still have eyes for the inky fraternity. I won’t say I have stopped journalism. Just that comedy requires a lot of my input and efforts at the moment. When the time is due, I will surely go back to it.” 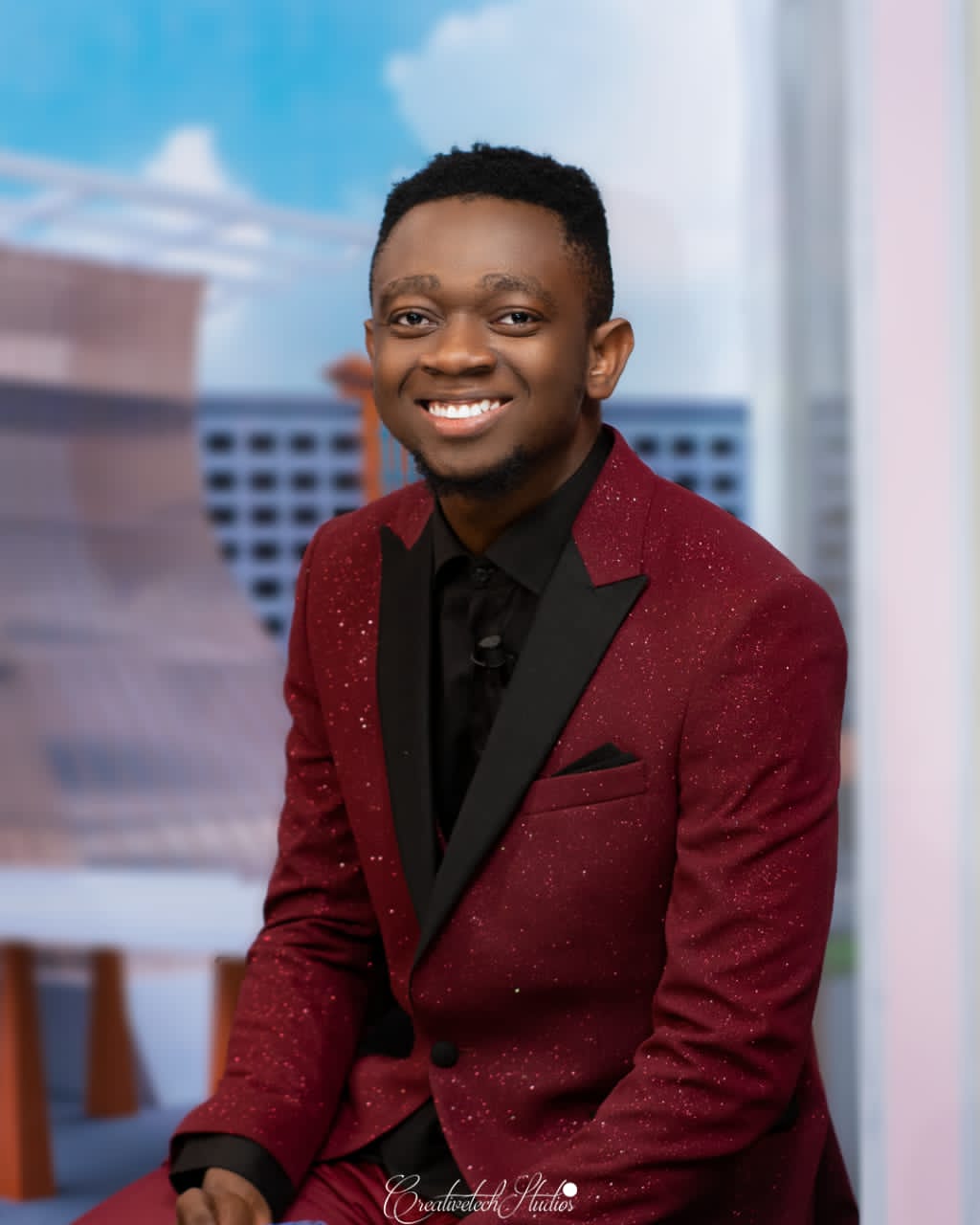 Sharing his experience, the journalist turned comedian says his entry into the comedy scene was not an easy journey but with support from seasoned acts who embraced and encouraged him, he has been able to carve a niche for himself in the comedy scene.

“The major challenge was with people saying Ghanaian comics were not funny, but now, that is not there anymore. And thanks to the support of my ‘big brothers’ who encouraged me, I have been able to gain the confidence to shape my craft,” he added.

Being a comedian is certainly bringing lots of fulfilment to Comedian Jerry but was that what he always wanted to do?

“I knew that I had the talent for comedy and will do it someday but it will interest people to know that while growing up, the only ‘profession’ I admired was to be a shop attendant. Can you imagine?

“I developed the interest when as a little kid. There was this girl who used to sell in a shop in front of our compound and she would always give me sweets and so I wanted to grow up and be like her,” he said. However, Jerry’s choice of career kept changing until he enrolled at the Ghana Institute of Journalism for his Bachelor of Arts Degree in Mass Communication.

With the requisite knowledge, he was empowered to start a promising career in journalism but that all changed when his love for comedy kept increasing and he had no choice than to go for it.

But there was an obstacle to overcome; convincing his parents that comedy was what he wanted to do.

“I never informed my parents about my intention to shift from journalism to comedy until I started doing my own thing on stage and TV. That was when people started informing them that I was now a comedian.

“So my dad called and asked me what I have been doing on TV and I told him about the comedy thing and since then, has been very supportive,” he said.

Comedian Jeremiah who is of Ghanaian and Nigerian parentage was born in Nigeria and lived there till 2011 when his family relocated to Ghana.

He intends to stay as long as he can most importantly for his rapidly growing comedy career though he says he misses “omo Naija” a lot of times.

Apart from comedy and journalism, Comedian Jerry plays the keyboard, clarinet and he is also a voice coach.

Accrding to him, Ghanaian comedians have been underrated in comparison to their Nigerian counterparts. However, they must be supported and not discouraged with destructive criticisms.

“Ghanaians need to believe in our artistes, sometimes the bashing is too much. I can confidently say that every platform a Nigerian comedian can mount, a Ghanaian comedian can do it a million times over so we should not disregard our own,” he stated.

At the moment, Comedian Jerry is growing his popularity as part of comedy show, Half Serious Show on GH One which features the likes of OB Amponsah and Lekzy Decomic.

He has also thrilled patrons at a number of comedy shows including Popular But Broke and Too Cute To Be Mute.