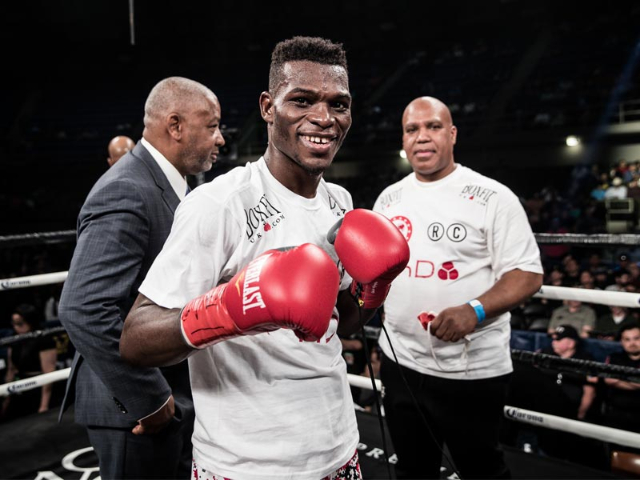 The bout was automatically made after Mikey Garcia announced that he would be facing Errol Spence for the IBF Welterweight title.

Commey’s promoter, Lou DiBella, confirmed that Garcia took the decision on Tuesday after a purse bid for their mandatory face-off was cancelled.

Commey and Chaniev are ranked 1 and 3 respectively by the IBF and a date for their clash is expected to be made soon.

The 31-year-old Commey is 3-0 since losing back-to-back split decisions to Robert Easter Jr. and Denis Shafikov in 2016.

Commey’s close loss to Easter occurred in a 12-round fight for the then-vacant IBF lightweight title in September 2016. Commey managed a flash knockdown during the eighth round of that bout, but he lost on two of three scorecards to Easter Jnr, who subsequently lost the title to Mikey Garcia.