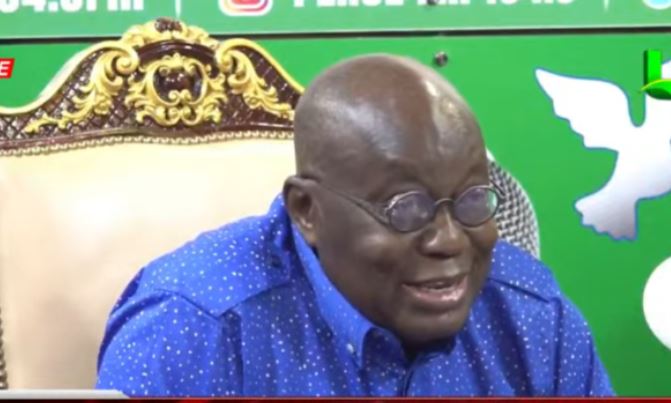 President Nana Akufo-Addo has asked the Paramount Chief of Aflao Traditional Area, Togbui Adzonu-Gaga Amenya Fiti V, to complete the abandoned E-block community day senior high school in the area himself if he is frustrated about the delay.

“Is he the one going to give the Minister of Education an ultimatum? If he is frustrated about the delay, he should go and do it,” the president told Kwame Sefa-Kayi on Thursday, October 21.

Togbui Amenya Fiti V on Wednesday, October 20, 2021, complained about the abandoned E-Block project in his community. He gave the government a four-month ultimatum to finish the building for use.

The school, built during the John Mahama administration, is almost 90 percent complete.

It has some 26 classrooms and five departments, including a Science Block but construction has stalled since 2016.

Reacting to the request of the chief on Accra-based Peace FM on Thursday the resident, amidst laughter, wondered if the Aflao monarch was in the place to give the minister an ultimatum.

After the statement, President Akufo-Addo assured the traditional leader indicated that his government is resolved to continue projects started by his predecessor.

“For some of the projects, definitely, we will ready ourselves and complete them. But, as much as possible, I have given you these examples for you to see that despite the propaganda, [we are working on them],” he stated.

The president’s comments did not sit well with some social media users, who have called the president out and demanded an apology. 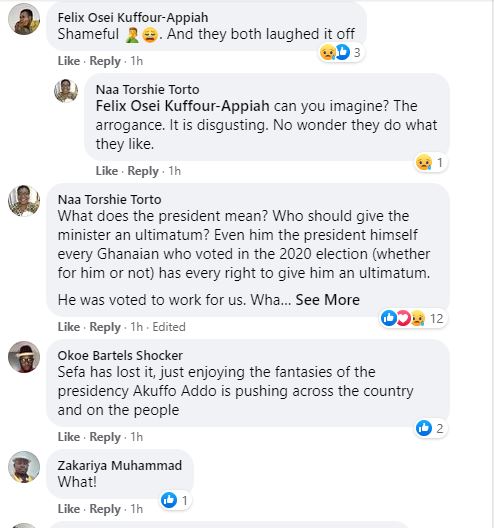 President Akufo Addo appears to be telling Togbi Fiti of Aflao to go and complete the E-Block himself…. pic.twitter.com/5DBRYCZFW3 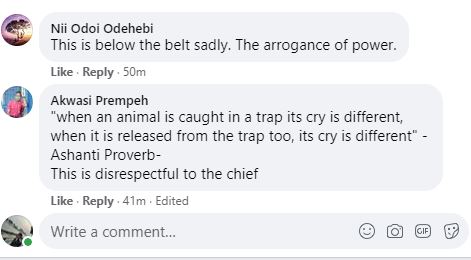 Akufo-Addo live on air insulting Togbui Fiti, the Paramount Chief of Aflao for merely asking for a school project in his town to be completed so the townsfolk can also go to school.

I have no words… pic.twitter.com/jk55Tl5sqa

Mr President just disrespected the Chief of Aflao, what did we do to deserve this! https://t.co/09sFtMcFDq

If the Aflao Chief says he is tired of waiting for the completion of the E-Block, then he the Chief should go and complete the project 😂 pic.twitter.com/c4BPBYFlUu

Kwame Sefa Kayi: Nana, the Paramount Chief of Aflao has given an ultimatum to government regarding uncompleted E-Block project in his area.

Nana Akufo-Addo: “Is he the one to give government ultimatum? Then he (the Paramount Chief of Aflao) should go and do it himself.