‘Conformity is part of training’ – NAGRAT solidarizes with Achimota School

The National Association of Graduate Teachers (NAGRAT) has thrown its weight behind Achimota School over the dreadlocks-wearing students who were denied admission.

Addressing the press in Accra on Monday morning, the President of the Association, Angel Carbonu said “conformity is part of training”.

The Ghana Education Service in a statement ordered the school to admit the students.

However, NAGRAT disagrees with the directive of the service.

“When you go to any senior high school everything that is done is aimed at ensuring discipline. NAGRAT disagrees totally with the position of GES and we are calling on the Ghana Education Service to redirect the headmistress and masters of Achimota School to ensure that the rules of the school and indeed any other school is obeyed by every student,” he said

According to him, parents must know every school has its own rules and regulations, and therefore, prospective students must apprise themselves of the rules before applying to such schools.

“They should read the rules and regulations of each school before they allow their children to apply to such schools” he added.

Mr. Carbonu insisted that human rights are better to ensure in an environment of rules and regulation.

“The school has the right to make rules for its students” he noted.

Citing a Jamaican court ruling in 1985, he said a court ruled that “since the child is a minor, the child ought to obey the school rules”.

Two dreadlocks-wearing students were denied admission at the Achimota School on March 19, 2021.

“The school authorities denied two brilliant dreadlocked students from being admitted, after having been posted there by the Computer School Placement System. My son was one of the affected children and the other student was also refused on the same grounds,” the disappointed father narrated in a Facebook post. 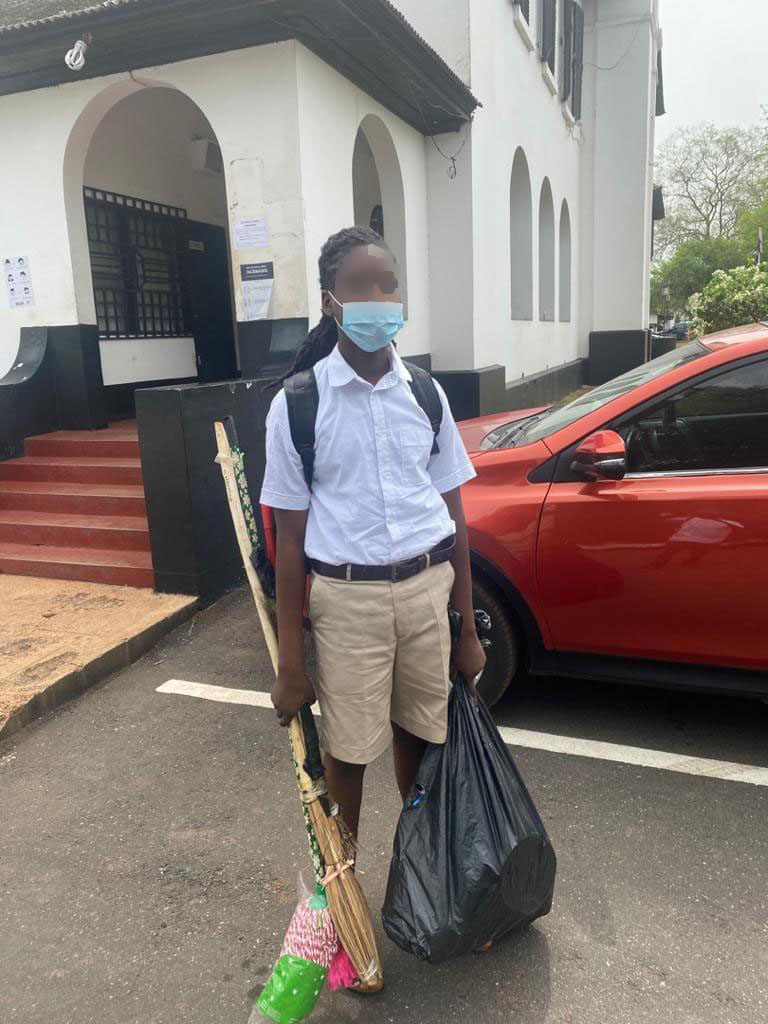 This generated public uproar with a section of Ghanaians calling out the school for discriminating against the students.

The development has sparked public outrage on social media with a section of the public condemning the actions of the authorities at Achimota School.

Mr. Asare pointed out that the authorities at Achimota School have breached this provision of the constitution.

“Until we have the Rastafarian Council seeking an interpretation in the Supreme Court, and testing the legality and Ghana Education Service (GES) code of conduct under which schools keep turning away and depriving children who are Ghanaians their right to education, this will continue,” he said in an interview on Accra-based Starr FM.