The government has called on all Ghanaians to support the construction of the National Cathedral with a monthly contribution of GH₵100.

The much awaited National Cathedral, expected to be officially commissioned on March 6, 2024, will need all hands on deck to make it a reality.

The Finance Minister, Ken Ofori-Atta, who made this known while delivering the 2021 mid-year budget review in Parliament on Thursday, July 29, said work on the National Cathedral is progressing speedily.

He explained that the aim of the club is to get one million Ghanaians who would give GH₵100 monthly for the project.

“A special shortcode 979 has been developed for this purpose as we look forward to Mr Speaker and all the members of this house to join in the GH₵100 a month initiative,” he said, beaming with smiles.

The National Cathedral is expected to be the rallying point for the Christian community to convene to worship, pray and promote deep national conversations on the role of faith in building Ghana.

The magnificent cathedral which was proposed by the government in March 2017 is expected to cash in on the religious tourism industry valued at US$18billion.

The design for the cathedral was unveiled by President Nana Addo Dankwa Akufo-Addo in March 2018.

At the time, he said the construction was in fulfillment of a promise he made to God in the run-up to the December 2016 elections.

The project, which was designed by renowned architect David Adjaye, was widely criticized and condemned by a number of Ghanaians who considered it a misplaced priority.

The condemnation deepened when the government demolished the residence of some Supreme Court judges in Accra to pave way for the construction.

But after four years, the Finance Minister believes the project will be completed in March 2024.

On March 5, 2020, President Akufo-Addo laid the foundation stone for the commencement of the construction. 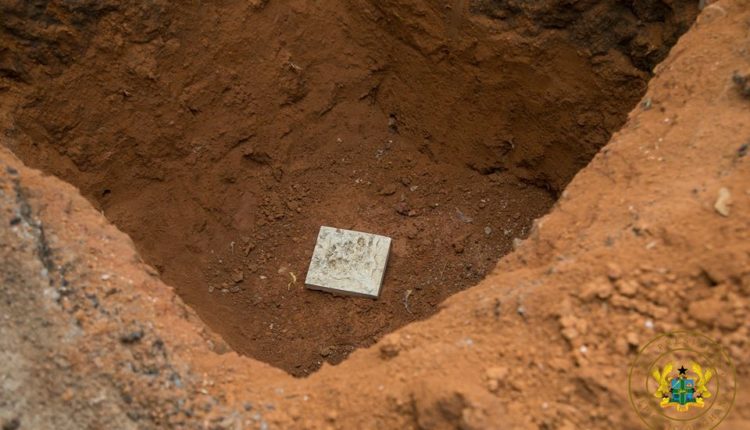