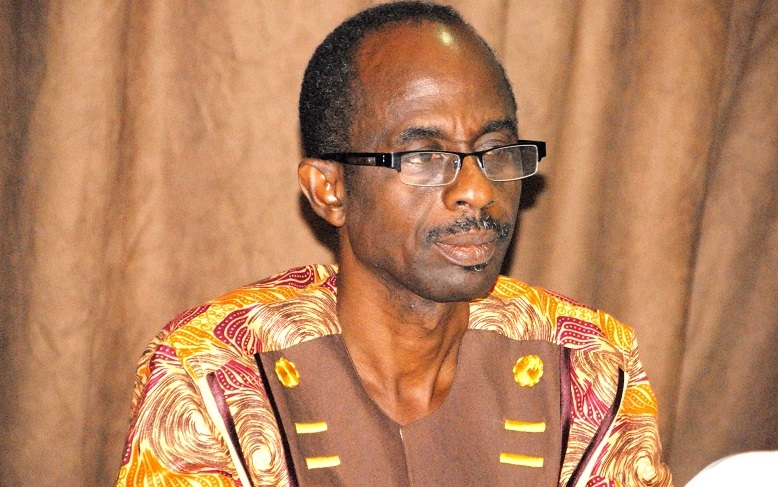 The High Court in Accra has ordered that an action brought against the General Secretary of the National Democratic Congress (NDC), MrJohnson Asiedu-Nketia, be served on him via the media and on notice boards of the court for 14 days.

This follows the difficulty of the plaintiff, Prof. Edward Dua Agyeman, to locate Mr Asiedu-Nketiah in order to serve him with the court documents.
Prof. Agyeman, a former Auditor-General and the current Board Chairman of the Audit Service, sued Mr Nketia for defamation and is seeking GH¢15 million in compensatory damages.

An order for substituted service, dated November 8, 2018, and signed by the Registrar of the Court, Mr Issahaku Musah, directed that the writ of summons and statement of claim, together with the order of the court, should be served on the defendant via the Daily Graphic newspaper and on the notice board of the court for a period of 14 days.

Counsel for Prof. Agyeman, Mr Gary Nimako Marfo, filed an ex parte application for substituted service following the inability of bailiffs to serve the documents on the defendant.

According to the applicant, all efforts to serve the writ of summons and statement of claim on the defendant had been unsuccessful due to the failure of the defendant to avail himself to be served.

The defamatory suit is in connection with Mr Asiedu Nketia’s comments in the media to the effect that Prof. Agyeman was churning out fake audit reports resulting in him being sacked by the Institute of Chartered Accountants (Ghana).

Prof. Agyeman is arguing that the allegation is without basis and that it only sought to impugn on his integrity, dignity, and reputation in the eyes of right-thinking members of society.

According to the plaintiff, the defendant, on October 2, 2018, made some unsubstantiated and disparaging statements on an Accra-based radio station, Neat FM, accusing him of producing fake audit accounts in 1983 while he was at the Audit Service.

He is reported to have said that “the plaintiff was banned from auditing in 1983 by the Institute of Chartered Accountants (Ghana) for producing “fake” accounts for a non-existent company”. In view of the ban, the plaintiff could not practise as a private auditor.

The defendant’s comments caused the former Auditor General to sue the defendant on the grounds that the comments had generated media attention in Ghana and abroad apparently to tarnish his hard-won reputation.

Prof. Agyeman is accordingly praying the court to declare that the defendant’s publication on Neat FM that he was banned by the Institute of Chartered Accounts (Ghana) for producing fake audited accounts for a non-existent company is slanderous and defamatory of him and same was made without any reasonable, just or probable cause.

“A declaration that the Defendant’s publication on Neat FM (radio) that “Dua Agyeman concocted fake audit reports concerning some Senior Officers which led to their dismissal from Public Service” is slanderous and defamatory of the Plaintiff and same was made without any reasonable, just or probable cause,” the plaintiff is praying.

Prof. Agyeman is seeking a further declaration that the defendant’s publication on Neat FM (radio) that he was sacked from the Audit Service by reason of dishonesty was slanderous and defamatory of him and same was made without any reasonable, just or probable cause.

He wants the court to grant an order of injunction directed at the defendant, agents, assigns and his privies from continuing to make any further defamatory publication about him.

An Order of Court directed at the defendant to retract the said defamatory publication and render an unqualified apology in the same prominence on Neat FM and four publications in the Daily Graphic is also being sought.

General damages and compensatory damages in the sum of GH¢15 million for loss of reputation is also being sought against the defendant.