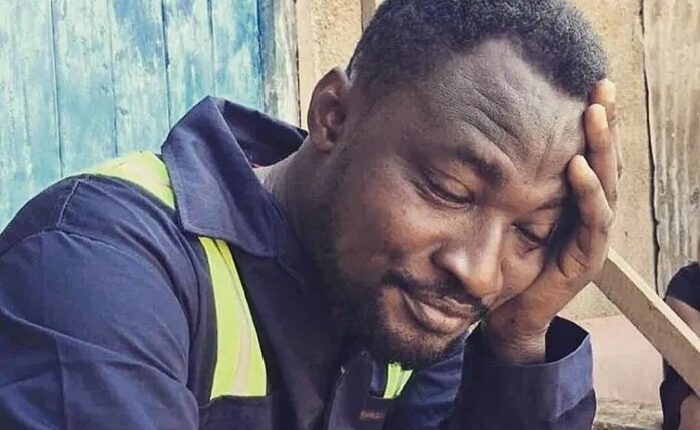 Funny Face was hauled before the court for threatening to kill the mother of his twin daughters and a promise to commit suicide after the act.

He has since been charged with one count of threat of death.

The court’s directive came after the accused person prayed the court to order the prosecution to release the phones to him.

According to Funny Face, he had a contract with Lan T Soya Milk which required him to promote their product and will need the phone to do that.

He also told the court he is releasing an album titled ‘Aseda’ which will detail all that he has been going through and will help society at large.

But prosecution objected to his request. Assistant Superintendent of Police Sylvester Asare argued that investigations were still ongoing and the phone would be needed to assist them.

He added that the phone will help them conclude their investigations and serve the accused person with disclosures for the commencement of the trial.

But, the court presided over by Kofi Oheneba-Kuffour disagreed and ordered the release of his phone immediately. The case has been adjourned to January 4, 2022.

Why Funny Face is in court

He was arrested on Monday, 19 October, for allegedly threatening some people on social media.

According to the police, due to the highly publicised mental health history of the actor, comedian and musician, the service will “submit him to the court for an order for [a] psychiatric examination to determine the next line of investigative action.”

“The police is committed to protecting lives with the generous help of the public. We want to assure the public that we shall not take anything for granted in the interest of public safety,” the police said.

Funny Face’s erratic behaviours over the last few years have been well documented. The series of unfortunate public events began after it was reported a few years ago that his marriage had collapsed.

The comedian often makes allusions to having suffered in life and has picked up feuds with some personalities, some of whom have exchanged words via social media with him. This list includes the actor Kwadwo “Lil Win” Nkansah.

He has often threatened violence against former partners as well as against some personalities in the entertainment industry.

Funny Face’s family troubles also led him to be confined at the Accra Psychiatric Hospital earlier this year, after a court ruling.

The court also extended his stay at the mental health facility when the doctor attending to the actor recommended that he needed some more time to go through the treatment.

The comedian was again in court after the police in Kasoa arrested him for unlawfully discharging a firearm at a drinking pub.

According to the Central Regional Police PRO, DSP Irene Serwaa Oppong, Funny Face had been reported for causing a disturbance in a pub.

She stated that their investigations revealed the actor had gone to the pub where a misunderstanding ensued between him and the owner.

As part of his bail conditions he is to report to the police twice a week.