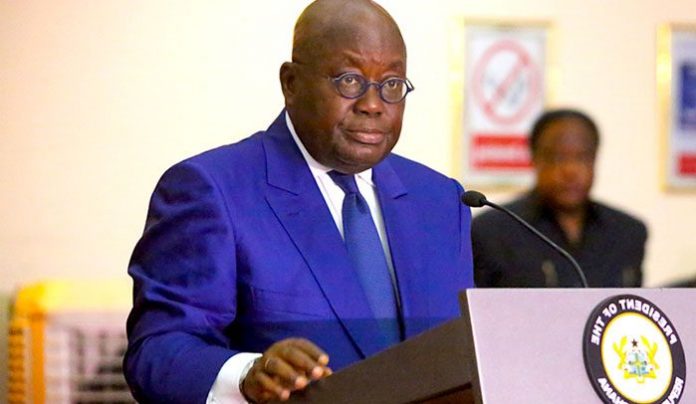 President Nana Akufo-Addo has welcomed the decision of his fiercest political rival to seek redress on the just ended general elections in court.

The man who lost the 2012 election and its subsequent petition at the Supreme Court said former President Mahama’s decision was good for the country’s growing democracy.

The NDC and its presidential candidate in the 2020 election, former President John Mahama, filed a petition on Wednesday, December 30, 2020, which seeks, among other things, a rerun of the presidential elections, asking the Supreme Court for an order to restrain President Nana Addo Dankwa Akufo-Addo, the Second Respondent, from holding himself out as President-elect.

Commenting on the development for the first time, President Akufo-Addo said, “It is good for the nation that in the end, he chose the legal path instead of the pockets of violence that have attended the rejection of the results by his party in the period after the election”.

“We all have to make a deliberate decision to invest in the rule of law and uphold the integrity of the institutions of our state, so that no person or group of persons, take the law into their own hands with impunity,” he added in his last State of the Nation address which concludes his first term of office.

According to Mr Akufo-Addo who is due to be sworn in for his second term on January 7, it had been his firm and passionate view that “I should only be president in a fairly conducted election” and he believes “in all sincerity that the election was fair”.

By law, a candidate must obtain 50% plus one to be declared the winner of the presidential elections.

But the NDC has rejected the results with protests culminating in a Supreme Court suit.

What is the NDC seeking from the Supreme Court?

A portion of the petitioner’s claim reads:

The counsel for the petitioner wants the Supreme Court to order an annulment of the December 9 declaration by the EC and an injunction on President Nana Akufo-Addo from holding himself as president-elect.

The petitioner also wants a mandatory injunction directing the EC to organise another presidential election.

“Mrs Jean Adukwei Mensa, Chairperson of 1st respondent and the Returning Officer for the presidential election further declared that “John Dramani Mahama of the NDC obtained 6, 214, 889 votes being 47.366% of the total valid votes cast”

“The percentages attributed to all but one of the other candidates by Mrs Jean Adukwei Mensa were also incorrect.

A new directive was given to the justices of the apex court ahead of the December 7, 2020, elections to hear any election dispute within 42 days.

The election commission said Mr Mahama had secured 50.7% of votes, enough to avoid a run-off against NPP candidate Nana Akufo-Addo with 47.7% of the vote.

They asked the apex court to annul 4,381,145 votes from 11,138 polling stations (out of 26,002 polling stations nationwide). They claim those votes were affected by six main categories of constitutional and statutory violations, malpractices, omissions and irregularities in various combinations.

However, the Supreme Court, in a nine-member panel presided over by Justice William Atuguba ruled on Thursday dismissed the petitioner’s case which had alleged voter fraud.

“The first respondent (John Dramani Mahama) was validly elected and the petition is therefore dismissed,” he stated after the court has spent several months to examine the case.