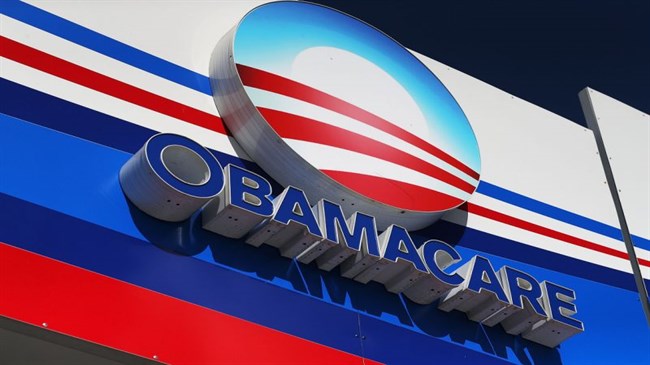 A federal judge in the US state of Texas has ruled that a key part of the Affordable Care Act (ACA), better known as Obamacare, is unconstitutional.

Twenty states argued the whole law was invalidated by a change in tax rules last year which eliminated a penalty for not having health insurance.

The law’s provisions will, however, remain in place until an appeal is heard at the US Supreme Court.

President Trump promised to dismantle Barack Obama’s landmark 2010 healthcare law, which was designed to make medical cover affordable for the many Americans who had been priced out of the market.

But despite his Republican Party having majorities in both the House of Representatives and the Senate, the ACA is still operating.

However, in 2017 Congress did repeal the requirement – the so-called individual mandate – that people buy health insurance or pay a tax penalty.

Wow, but not surprisingly, ObamaCare was just ruled UNCONSTITUTIONAL by a highly respected judge in Texas. Great news for America!

The ruling came a day before the deadline for Obamacare enrolment for the coming year.

What does the ruling say?

Sitting in Fort Worth, US District Judge Reed O’Connor noted that a $1.5tn tax bill passed by Congress in 2017 eliminated the tax penalties which anyone who failed to obtain health insurance had to pay.

He ruled that the individual mandate was now unconstitutional.

As the individual mandate was an “essential” element of the ACA, the whole of Obamacare was therefore unconstitutional, Judge O’Connor said.

He said his ruling was concerned with the intentions of the 2010 and 2017 Congresses.

“The former enacted the ACA. The latter sawed off the last leg it stood on.”