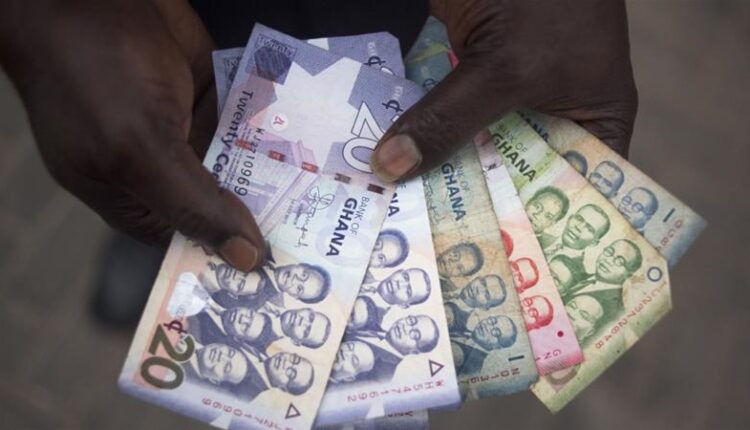 Ghana’s cedi has weakened every year since at least 1994. Now the central bank appears to have drawn a line in the sand, ready to intervene should the currency slip out of the tight range it’s held since May.

The Bank of Ghana has sold dollars in the spot and forward markets to stabilize the cedi, and closely monitors foreign-exchange trading to keep speculation to a minimum, according to traders and analysts who spoke to Bloomberg. The central bank is well-armed with foreign-exchange reserves after a $3 billion Eurobond sale in February.

That means the currency probably won’t weaken much beyond the 2.1% decline it’s posted this year – which would be its best performance since 2006, when it dropped 1.4%. The cedi has slumped 18.8% a year on average over the past two-and-a-half decades, according to data compiled by Bloomberg. 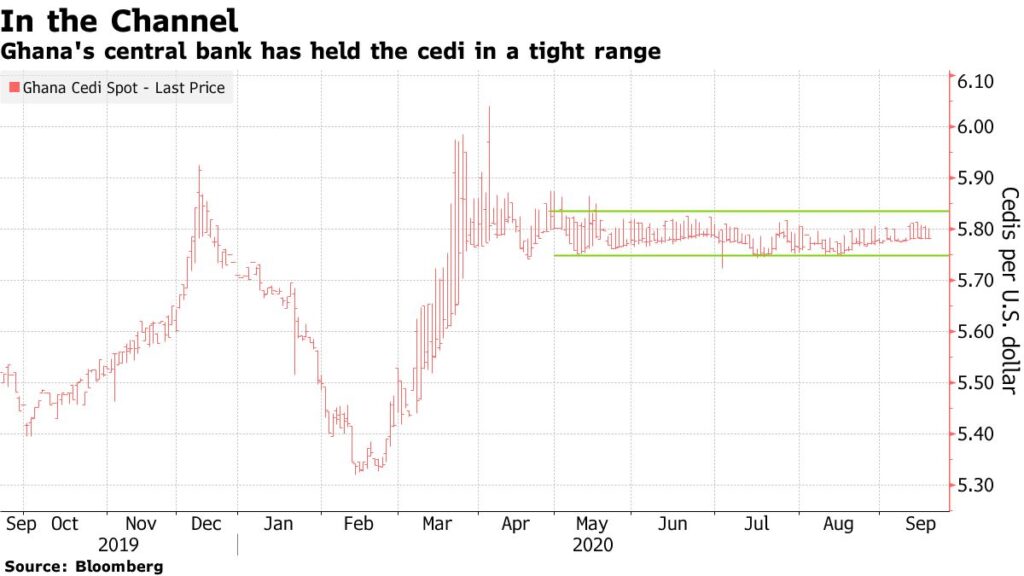 “The central bank has been coming onto the market to match dollar demand in the last couple of months,” Edem Kporku, senior research analyst at Apakan Securities Ltd., said by phone. “They are trying to maintain the currency at a fairly stable trading range.”

In addition to the Eurobond, the country received a $1 billion emergency loan from the International Monetary Fund and a $100 million package from the World Bank after the coronavirus struck. The central bank concluded a $1 billion repo arrangement with the U.S. Federal Reserve, helping sustain international reserves that eased to $9.2 billion in June from $9.9 billion in March.

The regulator sells about $40 million each month on the spot market and $50 million on the forward market, according to Anthony Asare, head of treasury at GCB Bank Ltd. Though the amounts aren’t large, “these interventions reduce speculation and give direction to the market,” he said.

The cedi was little changed at 5.7787 per dollar on Friday. It’s been trading in a range around that level since rebounding from a decline to a record 6.0401 in the wake of the Covid-19 sell-off in April. While risks, including elections in the U.S. and Ghana, may weigh on the cedi, it’s unlikely the central bank will allow sustained weakness, said Neville Mandimika, a Johannesburg-based economist at Rand Merchant Bank Ltd.

“Any weakness is likely going to invite the Bank of Ghana to sell dollars into the market to stabilize it,” Mandimika said.

U.S. heads to the polls in November while Ghana follows in the month after. Ahead of the previous election in 2016, the cedi lost 11% to the U.S. currency. President Nana Akufo-Addo of the NPP will face off with NDC’s John Mahama, in a third consecutive contest.

A $1.3 billion inflow from the Ghana Cocoa Board’s syndicated loans for cocoa purchases is expected in October, and that will top up the central bank’s reserves, Courage Martey, an economist at Databank Group, said by phone.

“Our external obligations for the short-term have already been catered for,” Martey said. That will take pressure off the currency even in the run-up to elections, he said.