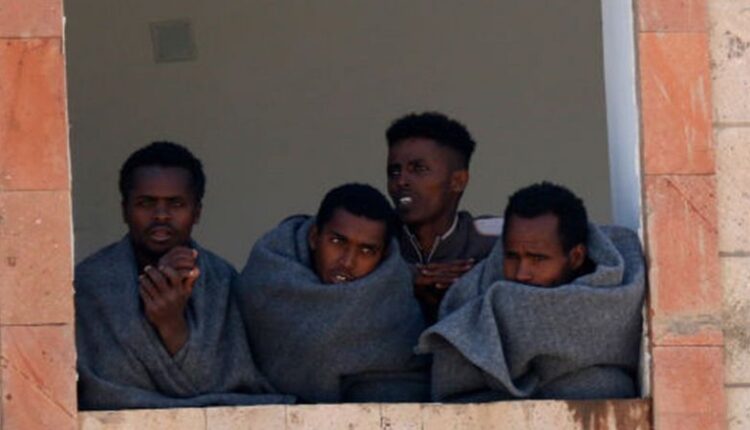 The migrants were facing “unimaginable cruelty” – including being chained together in pairs, and using their cells floors as toilets, the rights group said.

It also urged Saudi authorities to improve conditions of the centres.

The detainees were expelled from neighbouring Yemen.

The Ethiopian migrants had been working in northern Yemen but were forced out by Houthi rebels, Amnesty said.

According to UN’s International Organization for Migration (IOM), some 2,000 Ethiopians remain stranded on the Yemeni side of the border, without food, water or healthcare.

Thousands of Ethiopians go to Saudi Arabia for work, making the kingdom nation a key investor and source of foreign remittances for Ethiopia.

Saudi Arabia has also been cracking down on illegal migrants.

There were up to 500,000 illegal migrants from Ethiopia in the country when Saudi authorities began the operation in 2017, according to the IOM.

At least 10,000 Ethiopians on average were being deported each month, but earlier this year Ethiopian officials requested a moratorium because of the coronavirus pandemic, news agency AFP reports.

In recent months, Ethiopia has struggled to create enough space in quarantine to welcome the people back and make sure that they are not bringing coronavirus with them.

“However, all those interviewed said they knew of people who had died in detention, and four people said they had seen bodies themselves,” the report said.

Amnesty said the allegations have been corroborated by videos, photos and satellite imagery.

The rights group urged the Ethiopian government to urgently facilitate the voluntary repatriation of its nationals, while asking the Saudi authorities to improve detention conditions in the meantime.

She said the total number of Ethiopian migrants in Saudi detention facilities was 16,000 earlier this year but that it had since gone down.