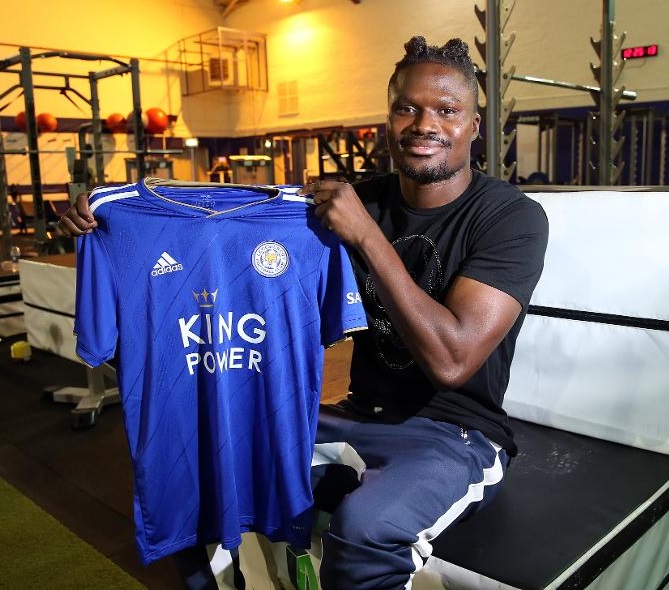 Leicester City Football Club is delighted to confirm that defender Daniel Amartey has signed a new three-and-a-half-year contract to keep him at King Power Stadium until 2022.

The 23-year-old Ghana international has been a regular for Claude Puel’s side this season, making 10 appearances and impressing at right-back in his fourth campaign as a Leicester City player.

Currently recovering from an ankle injury picked up in October’s game against West Ham United, Amartey’s technical qualities and versatility have proven to be a valuable asset for the Foxes.

He has featured at right-back, in central midfield and in central defence since his arrival from FC Copenhagen in January 2016.

Speaking to LCFC TV, Amartey said: “I am very happy to sign this contract at Leicester City. I am a simple and easy guy. I work hard and I focus. By God’s grace, my recovery is getting better and I have to be strong when I come back. I have to be ready, for the Club and for the manager.”

Amartey made his debut for Leicester City in a 1-0 win over Norwich City at King Power Stadium in February 2016 and has gone on to play a further 63 times.

That includes five appearances in the title-winning season of 2015/16, when he also picked up a medal from FC Copenhagen for his contribution to their title win in the first half of the campaign.

The powerful defender, who joined Swedish side Djurgårdens IF at the age of 18, made his name as a promising talent in Danish football after signing for FC Copenhagen in July 2014.

He played a key role as Copenhagen finished second in the Superliga to qualify for the UEFA Europa League during his first season with the club and helped guide them to the top of the table before joining the Foxes.

Daniel would return to Copenhagen as a Leicester City player in the Club’s 2016/17 UEFA Champions League campaign.

He started in the 0-0 draw in Denmark which saw the Foxes clinch a spot in the knockout rounds of the competition for the first time.

He scored his first Leicester City goal on 17 December, 2016 as his late header earned the Foxes a vital point in a 2-2 draw away at Stoke, having gone down to 10 men and conceding two goals in the first half.

At international level, he made his debut for Ghana against Senegal in 2015 and has gone on to make a total of 22 appearances for his country – including helping Ghana to the final of the 2015 Africa Cup of Nations.