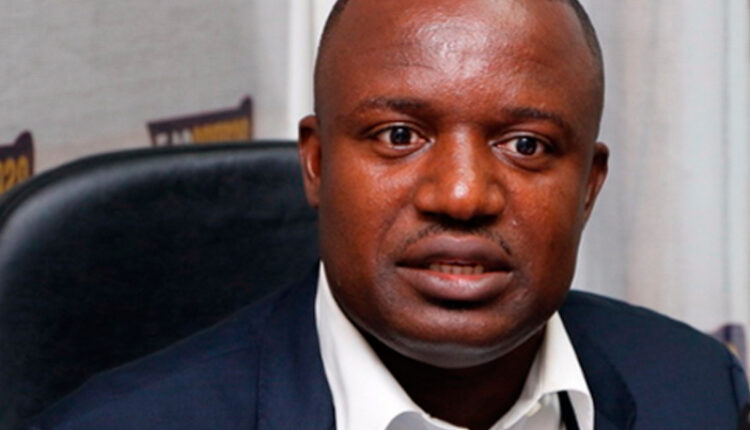 The Minority in Parliament has criticised the government over recent hardships and called for the dissolution of the Economic Management Team (EMT).

Addressing the media in parliament today (18 March 2022), the MP for Yapei/Kusawugu said the NPP government “has been a monumental failure”.

“We call on President Akufo-Addo to dissolve the Economic Management Team because they have not lived up to expectations,” he said.

According to him, if he were the Vice President, “what I’ll be doing is to tender in my resignation as the Head of the economic management team. This performance has been abysmal. Indeed, the failure of this government is legendary”.

His comments were triggered by recent fuel price hikes that have surged beyond 18 per cent in the second pricing window of March.

At the beginning of 2022, petrol and diesel traded at an average GHS6.30 per litre at the pumps.

By  March 2022,  fuel prices crossed the GHS 8 per litre mark but are now being sold as high as GHS 11 at some pumps in the country.

It is barely a month since transport fares were increased by 15%, and there are fears of another increment in the coming weeks, which could have a ripple effect on the prices of goods and services across the country.

Even though supply bottlenecks have caused a surge in prices on the international market due to ongoing conflicts between Russia and Ukraine, the situation has been compounded by the depreciation of the Ghana Cedi against other major currencies amidst a possible interest rate hike.

According to daily interbank FX rates (the day’s weighted average) published by the Bank of Ghana, as of March 15, 2022, the cedi had plunged 17.1 per cent against the US dollar, selling at GH¢7.03 to a dollar, making it the worst performance of the currency since August 2015, when it depreciated against the American greenback by 18.4 per cent.

What can be done to address the situation?

Despite the country producing oil in large quantities, the lack of refineries has prevented the country from enjoying lower prices of finished products.

However, Ghanaians continue to buy fuel at exorbitant prices due to importation and taxes slapped on the commodity.

The former Deputy Minister of Energy entreated the government to revamp the Tema Oil Refinery (TOR) to process Ghana’s crude to meet local demands instead of relying on the importation of refined oil.

Additionally, he suggested that the Bulk Oil Storage and Transportation Company Limited (BOST) should hold strategic reserves which could be used to ease supply challenges whenever necessary.

Mr Jinapor is not the only person to make such proposals to the government to address rising fuel prices.

“We have a local refinery that we could have leveraged to get some fuel security at lower prices, but unfortunately, we don’t think there is a political will to refurbish the Tema Oil Refinery”.

Mr Amoah observed a fully functional refinery would cut the logistical cost, which adds to the price build-up by exporting crude to Europe to be refined before importing back to Ghana.

“They need to get TOR back on stream, and the need for political interference to be stopped holds the key for all for us,” he underscored.

Additionally, he cited the failure of BOST in executing its mandate.

Mr Amoah explained that BOST is supposed to store huge volumes of fuel and release to the market to level prices and check shortages “without overstretching the already burdened Ghanaian taxpayer”.

However, “we do not see that function of BOST, and they are now focusing on trading…which was not the purpose of the BOST Act but to hold strategic stock”.

Additionally, Mr Amoah wants the government to scrap taxes that add up to the fuel cost on the market.

This is because there are about 12 different taxes and levies on petroleum products, which adds up to almost 40% of the fuel price.

Mr Amoah wants parliament to place a ceiling on fuel taxes because no legislation specifies what is permissible.

Consequently, “any Finance Minister can slap any amount of fuel taxes and if parliament goes ahead to accept without scrutiny Ghanaians will be doomed”.

The legislation would cap fuel taxes, and finance ministers would be compelled to look for revenue from other sources once the threshold is triggered.

“Consumers should not be taxed beyond 25 per cent of the cost of fuel products,” he said.