Do not punish vagrants for your shortfalls – MMDAs told

The second sensitization programme in Greater Accra Region on ‘decriminalizing vagrancy laws’  has been held in the Ashaiman Municipal Assembly.

The participants were drawn from 15 electoral areas in the Ashiaman Municipal Assembly (AMA).

“The project has come about because of the draconian District Assemblies bylaws, which appear to have sent poor people into prison and continue to oppress the poor,” Ibrahim Oppong Kwarteng, Executive Director of Crime Check Foundation said in an interview with theghanareport.com. 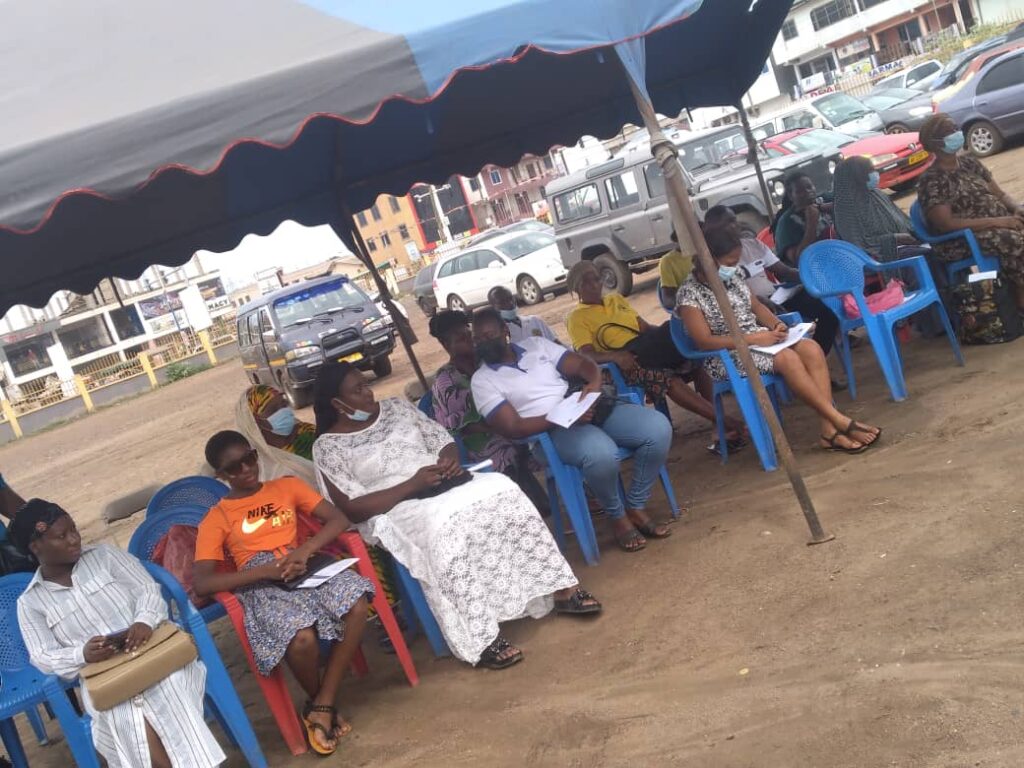 Speaking at the event, legal practitioner Dr. George Asekere asked the assembly to live up to their responsibilities.

“The assembly is supposed to provide marketplaces for traders, a place of convenience, dustbins and many other things but often times the assembly does not fulfill its responsibility and rather punish vagrants for flouting the bylaws”

“The assembly must not punish vagrants for its shortfalls” he added. 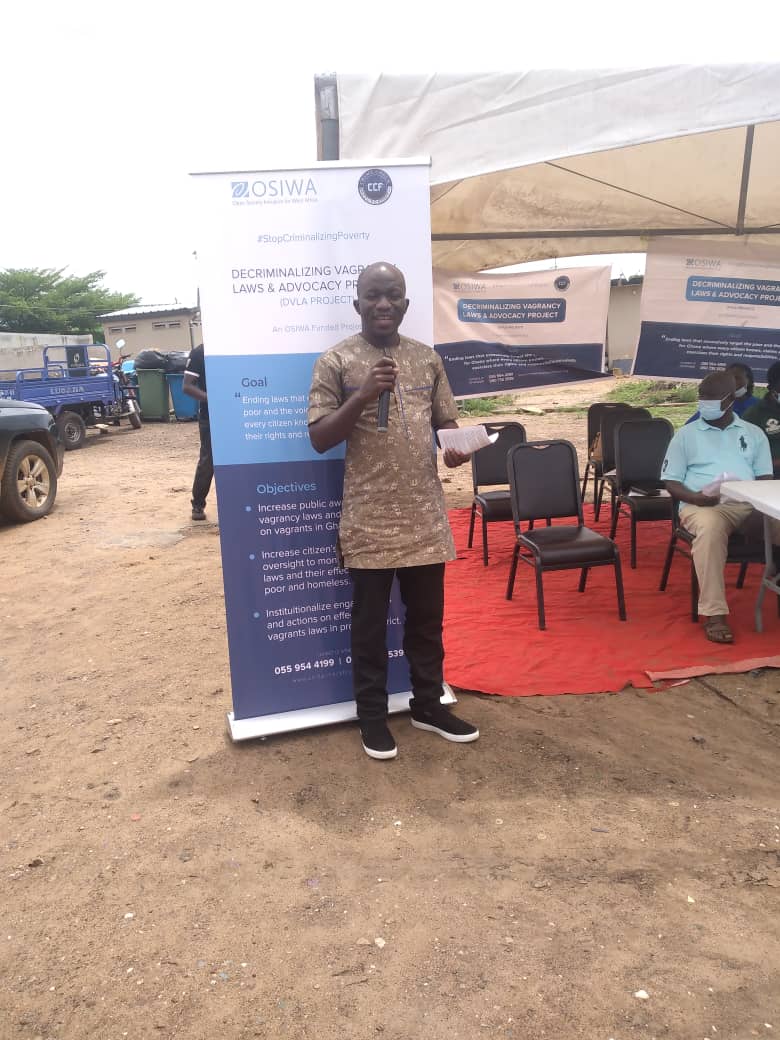 Oftentimes, district assemblies pass bylaws like fines which these vagrants are unable to pay and eventually end up in prison.

On his part, Kwarteng, admonished the participants not to challenge the authority of the assembly by deliberately flouting its bylaws.

“We are here to teach you about your rights but also remember that you have the responsibility to obey the bylaws and comply with the assembly,” he said. 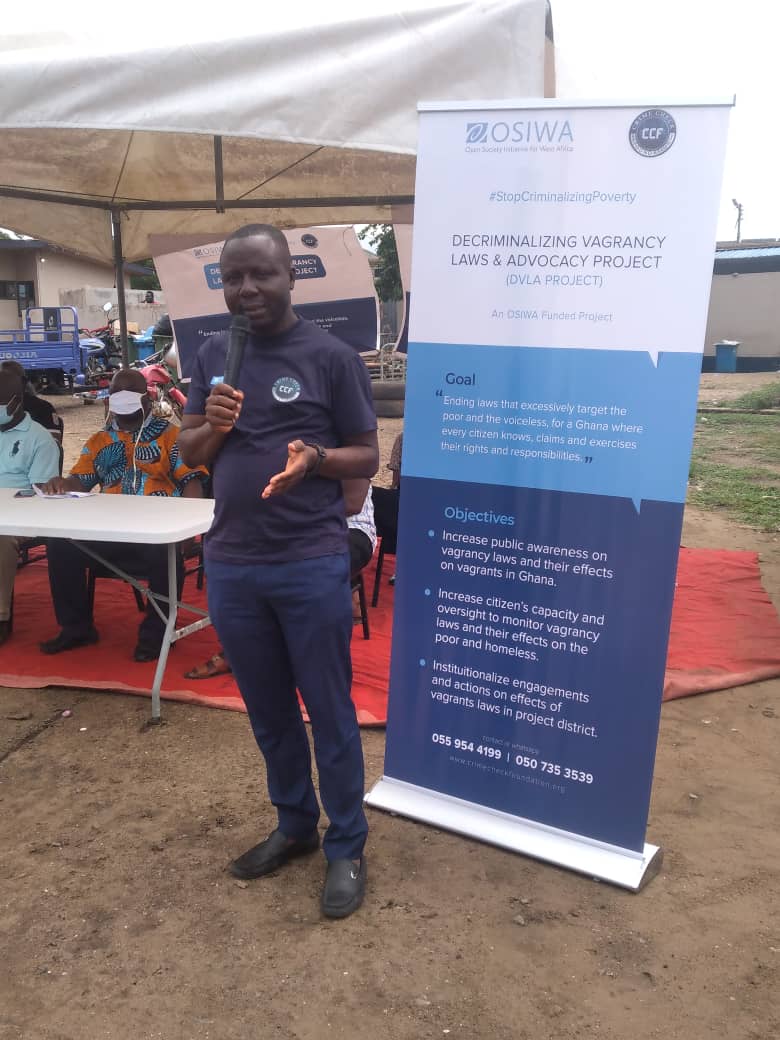 He insisted that the programme was not to set vagrancy up against the assembly but to it was to make each party (the assembly and vagrants) aware of their rights and responsibilities.

The vagrants made an appeal for the provision of gutters, places of conveniences at market centers, waste bins, and clamp down on noisemakers in the various electoral areas.

The first sensitization program was held at the Accra Metropolitan Assembly.

The project is being implemented by the crime prevention organization, Crime Check Foundation (CCF) in partnership with the Open Society Initiative for West Africa (OSIWA). 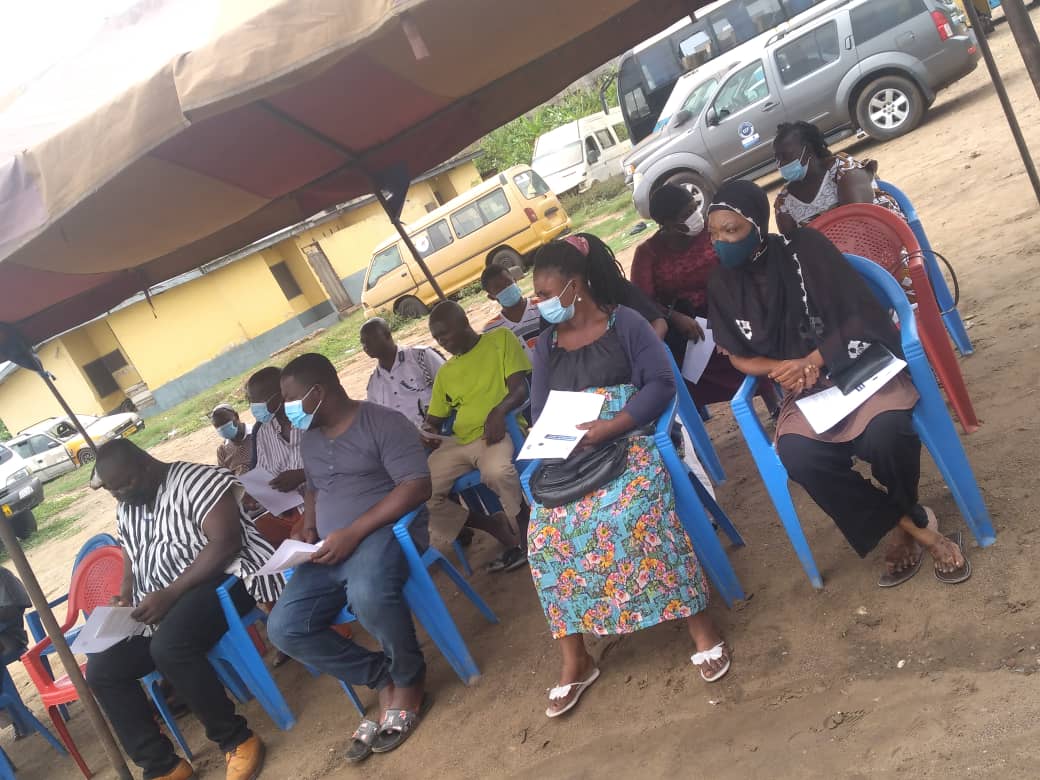 “We have begun with the mapping, and we are engaging with the various district assemblies in the selected regions and the leadership of vagrants,” said Kwarteng.

To monitor the progress and effectiveness of the project, a contact center will be created after the sensitization to address the concerns of vagrants at the partnering organization, Crime Check Foundation.

According to Mr. Kwarteng, the police will also be engaged to monitor the progress of the project.