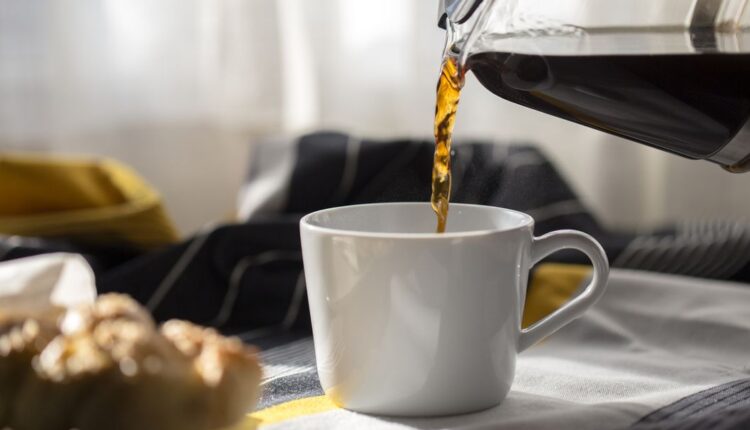 Maybe you’ve heard the old saying that eating breakfast like a king, lunch like a prince and dinner like a pauper can be the key to losing weight.

While we at EatingWell are major proponents of eating a healthy breakfast, the science-backed guidance around how to structure your meals isn’t quite so simple.

That’s why a group of researchers set out to try and understand what impact, if any, front-loading your calories have on your metabolism.

Their study, published in Cell Metabolism, found that eating a big breakfast with other meals tapering off throughout the day might not be the boon for metabolism that it’s been fabled to be.

“There are a lot of myths surrounding the timing of eating and how it might influence either body weight or health,” study author Alexandra Johnstone, Ph.D., RNutr, said in a media release. “This has been driven largely by the circadian rhythm field.

But we in the nutrition field have wondered how this could be possible. Where would the energy go? We decided to take a closer look at how time of day interacts with metabolism.”

The study analyzed data from 30 healthy subjects—16 men and 14 women—who were overweight or obese (specifically, having a BMI of 27 to 42 kg/m2, though BMI might not be the most accurate measurement of health).

Each participant was randomly assigned a way to structure their meals, either front-loading their calories at breakfast or getting most of them in at dinner, for four weeks. Meals were standardized, all having the same amount of calories balanced at 30% protein, 35% carbohydrate and 35% fat.

Over the course of the four weeks, researchers gauged the participants’ metabolic responses by measuring energy expenditures and total weight loss. Subjects, regardless of the diet plan they were on, lost an average of 7 pounds during the study.

There was one silver lining for those interested in front-loading their calories—when researchers checked in with subjects about their appetite control, those who ate a larger breakfast reported feeling more satisfied during the day.

“The participants reported that their appetites were better controlled on the days they ate a bigger breakfast and that they felt satiated throughout the rest of the day,” Johnstone said in the release. “This could be quite useful in the real-world environment, versus in the research setting that we were working in.”

As this study only concerned 30 participants and was done in free-living conditions (rather than being in a controlled lab environment), more research should be done to confirm or complicate its conclusions.

The research team has indicated that they plan to expand their research moving forward, even including intermittent fasting and the effect of late-shift work on metabolism in future studies.

“One thing that’s important to note is that when it comes to timing and dieting, there is not likely going to be one diet that fits all,” Johnstone said. “Figuring this out is going to be the future of diet studies, but it’s something that’s very difficult to measure.”

New research published in Cell Metabolism found that front-loading your calories at breakfast doesn’t affect your metabolism, despite the old-school dieting advice.

Folks who ate a hearty breakfast followed by a smaller lunch and dinner did report feeling fuller over the course of the day, but all 30 participants lost similar amounts of weight regardless of their meal-plan structure.

But a healthy breakfast is still a critical part of the day, regardless of how many of your daily calories it contains. If you want to lose weight, there are certain breakfast foods that can help you meet your nutrition goals, and a classic, filling staple like oatmeal is always a good idea—in fact, it’s our top choice for a healthy breakfast. But other options like our grab-and-go omelets or two-ingredient pancakes are healthy options that will leave you ready to face the day.