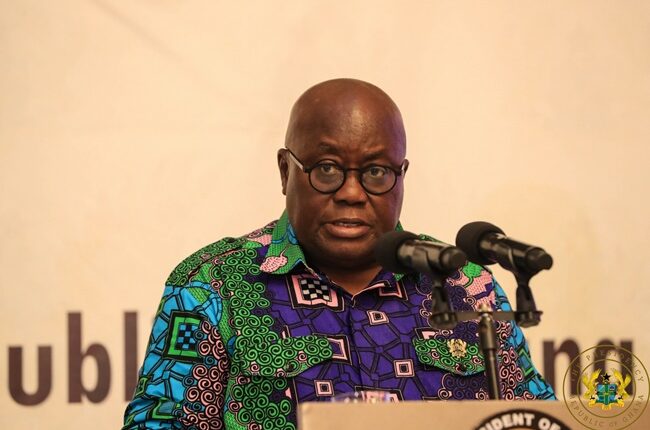 According to him, President Akufo-Addo used the case to coerce MPs to do his bidding after some were found guilty.

Mr Amidu pointed to “credible information” he received on the case and explained that the then Attorney General and the Director of Public Prosecutions had both perused the case docket and had concluded that charges be filed against some of the suspects for prosecution.

“The Attorney General was instructed not to do so by the President who unconstitutionally usurped the investigatory and prosecutorial constitutional authority of the Attorney General on grounds of political expediency of having the suspects agreeable to play ball in Parliament for the government,” he alleged in his latest article dated.

He believes Mr Yeboah Dame, who was a deputy AG in the last administration when the double-salary incident occurred, ought to know that the case was not forwarded to the Special Prosecutor.

Mr Amidu wondered how the Office of the Attorney-General could have forwarded the docket to him since it was the duty of the AG to ensure prosecutions.

“The politically inspired propaganda against my integrity which sought to link my resignation to the failure or refusal of this irredeemably corrupt government for four whole years to deal with the simple offence of double salary or stealing (as the Criminal Investigations Department of the Police Service put it), are false, infantile and barefaced lies intentionally concocted and put out by the Office of the Attorney-General to the unsuspecting public,” he insisted.

Mr Amidu continued: “Throughout my tenure as the Special Prosecutor, the respected former Attorney General, Ms Gloria Akuffo, never referred this case to me for further investigation or prosecution. Any experienced and ethical person who has ever occupied the office of Deputy Minister of Justice under the Constitution knows that the Attorney General never sends a docket to another independent investigatory or prosecutorial agency without a covering letter forwarding the docket with requisite instructions or requests”.

He was convinced that “young and inexperienced Attorney General” Godfred Yeboah Dame should know that there are no records in his office or the Director of Public Prosecution’s office showing that the then Attorney-General, Ms Gloria Akuffo, sent any docket on this case “to me as Special Prosecutor to prosecute”.

According to Mr Amidu, his resignation “had nothing to do with the Members of Parliament double salaries which I never saw nor handled during my tenure”.

Between 2012 and 2016, some members of the John Dramani Mahama administration were ministers or deputy ministers and doubled as members of parliament were alleged to have received double salaries during their term in office.

The whole scandal was triggered following an audit of the payroll data from the office of the President and Parliament from 2012 through 2016.

Initially, 25 NDC MPs were said to have been invited by the CID, but the then-Minority in Parliament held a press conference to debunk the allegation.

Some of the officials cited in the matter were:

Below is the full article by Mr Amidu in reaction to claims that he failed to prosecute the MPs.