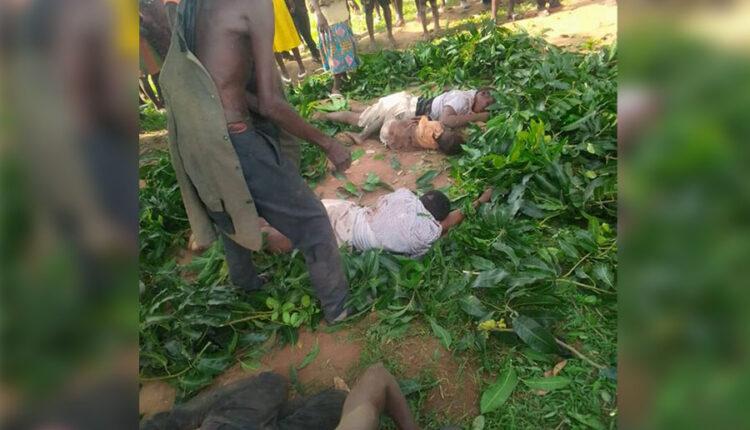 A 35-year-old driver who ran over six schoolchildren in Matamallam in the Krachi Nchumuru District of the Oti Region has been remanded into prison custody by the District Court in Kete-Krachi.

Timothy Inyonyourn, the accused driver, is scheduled to reappear at the Krachi District Magistrate Court on 20 May 2022, where his plea might be taken.

The children, all students, were knocked down by a saloon car with registration number GR 2392-22 as they walked home from school.

Six of the students died on the spot after the incident on Wednesday, 13 May 2022, while the seventh child died at the Krachi West Government Hospital due to injuries.

The children, aged between four and 15 years, included three siblings.

Sandra Wasah, one of the victims, sustained injuries and is receiving treatment at the Kete Krachi Hospital.

The car then veered off the road, running into the six school children.

The driver was arrested and later remanded into police custody to reappear on 20 May 2022.

The surviving accident victims have been transferred from Krachi District Hospital to Tamale Teaching Hospital in the Northern Region.

Police confirmed that the bodies of the deceased had been released to their families for burial.

In a statement signed by the Deputy Commissioner of Police (DCOP), Mr Charles Dormaban of the Oti Regional Police Commander, he assured the public that the case would thoroughly be investigated to ensure the law takes its course.