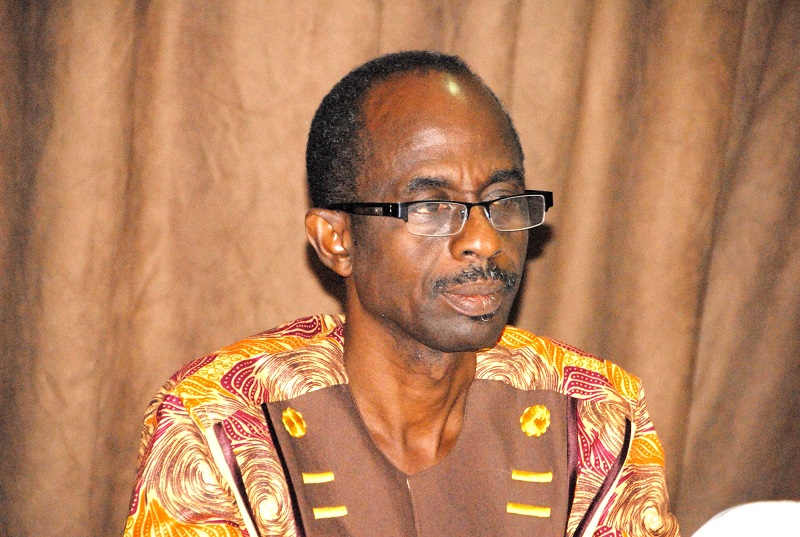 The Board Chairman of the Audit Service,

The defamatory suit is in connection with Mr Asiedu Nketiah’s comments he made on radio which Prof Dua-Agyeman says was intended to damage his reputation.

He is remanding demanding GH₡15 million.

Mr Asiedu Nketiah accused Prof Dua Agyeman who is a former Auditor General of churning out “fake” audit reports based on which he was sacked by the accountants association.

According to Mr Dua-Agyeman, without basis or probable cause, Asiedu Nketiah “ostensibly sought to impugn the integrity, dignity, and reputation of the plaintiff and to ridicule him in the eyes of right-thinking members of society.”

The plaintiff averred that Asiedu Nketia on October 2, 2018, made some unsubstantiated and disparaging statements on an Accra-based radio station, Neat FM, accusing him of producing fake audit accounts in 1983 while he was at the Audit Service.

He is reported to have said that “the plaintiff was banned from auditing in 1983 by the Institute of Chartered Accountants (Ghana) for producing “fake” accounts for a non-existent company. In view of the ban, the plaintiff could not practice as a private auditor.

“That Dua-Agyeman was employed by the Audit Service and being unrepentant, Dua-Agyeman concocted stories about some Senior Officers who were punished and later the audited accounts were identified to be fake.

“He was sacked again from Audit Service in 1986 until Mr Agyekum Kufuor became President and appointed him (Dua-Agyeman) as the Auditor-General in April, 2001. I, Asiedu Nketia took him to Court because he was not fit to be made Auditor-General.”

But the former Auditor General has taken exception to the comments, saying comments by the General Secretary has generated media attention in Ghana and abroad ostensibly to tarnish his hard-won reputation.

The suit, filed by his lawyers, Gary Nimako of SAFO & MARFO@LAW, averred that the plaintiff understands the comment to mean that he produced a fake audit report for a non-existent company in 1983 which caused him to be banned by the Institute of Chartered Accountants (Ghana) “to mean that he is a person who is dishonest or acted dishonestly in return for personal gain.”

Contrary to the claim by Asiedu Nketia, Prof Dua-Agyeman averred that a letter authored by Prof Kwame Adom-Frimpong, President of Institute of Chartered Accountants Ghana Council (ICAG) dated 15th October 2018 shows that he has been in good standing since 1978 and has never been banned.

He also averred that the statement is understood to mean that he is “dishonest,” and is a person without any integrity and therefore unfit for public service.

That on the defendant’s statement that the plaintiff concocted fake audit report about senior officers which resulted in their dismissal from the Audit Service, the record would show that these officers made refunds of the monies they took with interest and reparation to the State.

“That it is very clear that the defendant’s defamatory statements were made without any just or probable cause and was merely well calculated to tarnish his reputation, ridicule and reduce his image in the eyes of right thinking members of society,” the writ avers.

He is therefore seeking a declaration that Asiedu Nketia’s comment on Neat FM that he was “banned by the Institute of Chartered Accounts (Ghana)” is slanderous and defamatory of him and same was made without any reasonable, just or probable cause.

A declaration that he concocted fake audit reports concerning some Senior Officers is slanderous and defamatory of the plaintiff and same was made without any reasonable, just or probable cause.

“A declaration that the defendant’s publication on Neat FM (radio) that “plaintiff was sacked from the Audit Service by reason of dishonesty” is slanderous and defamatory of the plaintiff and same was made without any reasonable, just or probable cause.”

He is also seeking an order of injunction directed at the defendant, agents, assigns, privies from continuing to make any further defamatory publication about the plaintiff.

He prayed the court for an order directed at the defendant to retract the said defamatory publication and render unqualified apology in the same prominence on Neat FM and four publications in a newspaper.

Prof Dua-Agyeman is also seeking general damages and compensatory damages in the sum of GH₡15 million for loss of reputation against the defendant.