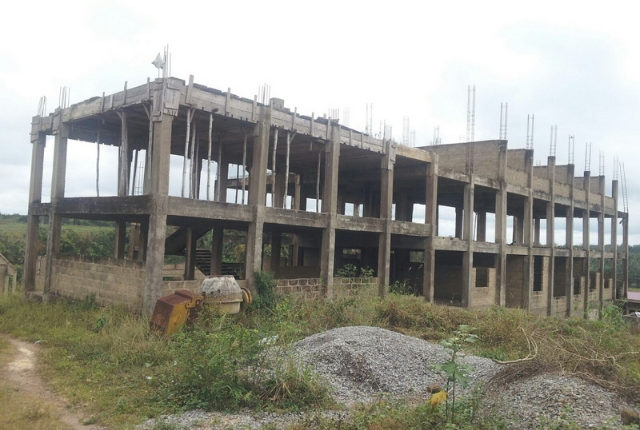 The Eastern Regional Secretariat of the opposition National Democratic Congress, (NDC) has accused the ruling government of abandoning over two-hundred (200) infrastructural projects initiated by former President John Dramani Mahama in the region.

Addressing the media Sunday, the Regional Communication Officer, Darlas Ampomah Williams stated that “there are about 200 projects that were left at various advanced stages of completion after the first term of His Excellency John Mahama, which have been left to rot.”

These infrastructural projects according to the NDC include, “Hospitals, Clinics, CHIPS Compounds, Community Day SHS, other School projects, Roads, Rural Electrification Projects and many others”

President Akufo Addo is on a three day working tour in parts of the Eastern Region. However, according to the NDC, the President has nothing to show as achievement in the region three years into his Presidency but has also failed to complete uncompleted projects he inherited.

“We can say that except for tribal and familiar considerations motivating the continuation of the Kyebi town roads, all these projects we will demonstrate to you have been left to rot. These include Nkawkaw to Abirem to Kade roads, Suhum to Asamankese to Oda roads and others. Most of these roads have been seized by armed robbers who attack commuters especially at night”.

“Through the vision of His Excellency John Dramani Mahama, Eastern Region benefited from the Community Day SHS project. Indeed, by December 2016, Nyanoa-Kwaobaa in the Upper West Akim District, Kwahu Fodoa in the Kwahu West Municipality, Maame Krobo in the Kwahu Afram Plains South District, Akyem Takorasi in the Denkyembour District, Anum Apapam in the Ayensuano District and Mem-Chemfre in the Kwahu Afram Plains North District Community Day Senior High Schools were fully completed. All these schools have subsequently been populated with students”.

According to the NDC, “the most unfortunate narrative, is the current state of the Kwahu East District Hospital located at Abetifi. This is a project so dear to the hearts of Nananom and the people of Kwahuman; as currently, there are only two functional district hospitals serving the five Kwahu districts.

“This Mahama’s Abetifi Hospital which was also designated to be a referral hospital for the entire enclave has been abandoned since Nana Akufo-Addo assumed office. The structures have started deteriorating and the place is gradually becoming a comfortable haven for reptiles and other dangerous animals. The current deteriorating state would be shown to you. These and many other health infrastructure have been abandoned by Nana Akufo-Addo”

The party also pointed out massive investments made in the area of water supply “through the commitment of His Excellency John Mahama, we can point to the Kpong, Kwahu, Kyebi, Suhum, Osenase, Oda and other Water projects in the Eastern Region.

The Eastern Regional Secretariat of the NDC has meanwhile assured the affected communities where these projects have been abandoned, the party’s commitment to complete the projects when John Mahama is reelected.