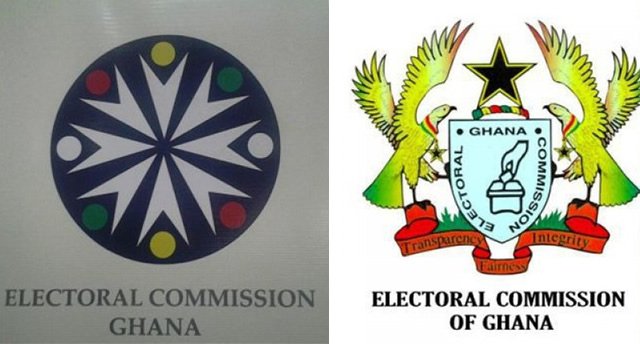 The Electoral Commission has reverted to the original Eagles and coat of arms logo which was controversially changed by the former boss Charlotte Osei.

Joy News has intercepted a memo written by the chairperson Jean Mensa copied to the deputy chairpersons, saying: “From effective December 4, 2018, the original logo of the Electoral Commission which bears the coat of arms and has a ballot box showing the hand casting its vote has been restored.”

“The core values of the Electoral Commission namely integrity, fairness and accountability have from today also been restored.”

Even though the logo was criticized heavily by some civil society organizations and opposition political parties at the time, the former EC boss stood by the decision to change the logo saying;

“That is our new logo. We liked it, we picked it and it makes us happy.”

She was later impeached mid-2018 after allegations of misconduct and breach of procurement laws were made against her.

Hardly a year in office, Mrs. Mensa has ordered a reversal to the old logo which was changed by her predecessor.

In the memo announcing the reversion, the EC boss said: “All communications from the electoral commission must from today be made on the letterhead bearing the original logo of the commission as appears on the face of this letterhead…”

One killed, another in critical condition as Ashanti records 2 fire outbreaks in…