Election 2020: The game of manifesto!

Political parties are merely the most important among a large number of public groupings.

They should be supported or opposed exactly to the degree which is warranted by their good conduct, their efficiency or inefficiency in rendering loyal, able, and disinterested service to the nation as a whole.

Any other attitude in the Ghanaian citizen is both base and servile. To say that there must be no criticism of the political parties or that we are to stand by the parties right or wrong is not only unpatriotic and servile but is morally treasonable to the Ghanaian public.

Nothing but the truth should be spoken about them and any other group. But it is even more important, to tell the truth, pleasant or unpleasant, about them than about any other grouping since they ultimately determine the direction we move as a nation.

It has been observed by experts in political science, that politics is the whinnying of an old braggart too proud to admit his faults and too vain to try something new. All of their agendas and manifestos are nothing but a lucrative offer to deceive the fools and encourage the clever in deceiving more fools. In the guise of manifestos, the New Patriotic Party (NPP) and the National Democratic Congress (NDC) presented this observation succinctly.

By whetting the appetite and raising the expectations of the people through various cantankerous political stratagem, the NPP and NDC seem to have succeeded in hinging the hopes and aspirations of Ghanaians on their recently launched manifestos. But can we trust these manifestos?

Do we expect the contents to be implemented and rigorously adhered to? What of the integrity of the parties and individuals presenting these manifestos? What is their track record in terms of fulfilling manifesto promises?

As it is the nature of practical politics to ignore facts, we are reminded not to complain and reprimand politicians too much for their deception.

The very art of politics, getting votes from the poor and campaign funds from the rich by promising to protect each from the other attests to the deceptive nature of politics and manifestos.

The smart voter, however is politically fluid in that, he or she does not rigidly believe that the same viewpoint, party manifesto or individual is the poultice for all maladies in every election.

They thus attune themselves to the zeitgeist, search for potentially reputable parties and candidates with suitable policies (manifestos) and cast their votes accordingly.

In this vein, the political party manifesto which contains the policies upon which voters make their decision as to who to vote for has always been cleverly crafted by the politician to seem to be the representative of the interests of the people whilst it is, in fact, the most deceptive document in the history of politics. 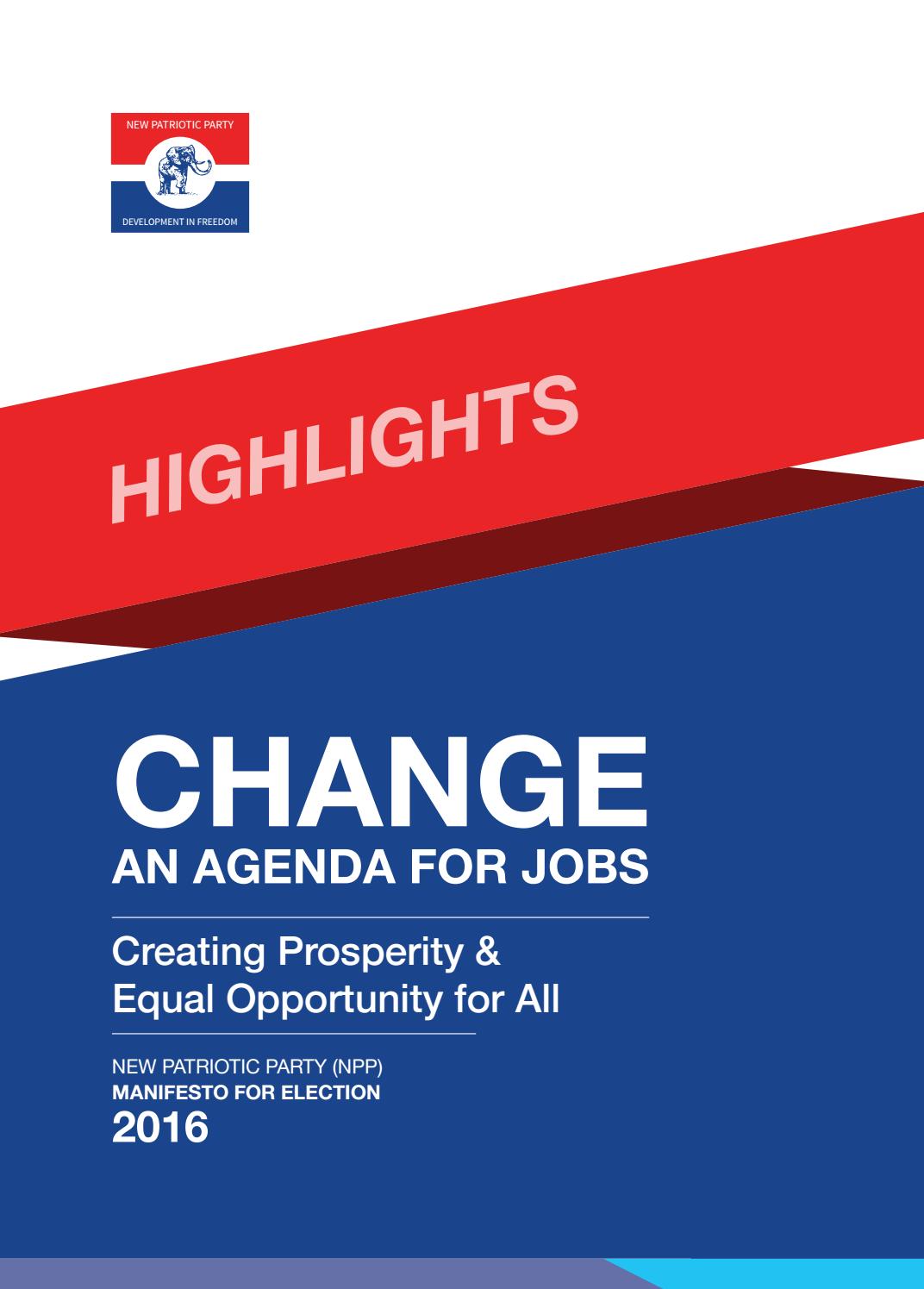 The manifesto in the context of Ghanaian politics has two major functions. Firstly, it is a marketing tool by which political parties capture the attention of electorates and get them to vote in a particular direction.

Being a marketing tool, the manifesto is expected as it should be to capture the needs of the electorates so that it seems to be the people’s working document. 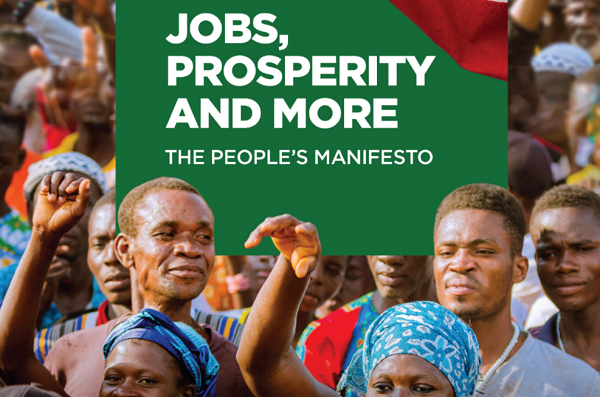 Examples of this type of manifesto are the 2016 manifesto of the New Patriotic Party (NPP) and the 2020 manifesto of the National Democratic Congress (NDC). These two manifestos are populist documents and do not take into account the availability of resources needed in fulfilling the promises they contain.

Their main objective is to get people to vote through fair and foul means. That is either through facts or deception. A case in point is the total deviation from the NPP’s 2016 manifesto promises by the current government.

Apart from the free senior high school policy which was fulfilled, the NPP government upon the assumption of power realized that it is easier to promise to do than to really do when given the mandate.

The 2020 manifesto of both the New Patriotic Party (NPP) and the National Democratic Congress (NDC) has contents that resonate with the electorates.

The pledges and promises are astounding and the debates rage on. The most important question, however, is not what is written on a piece of paper but the ability and the commitment to fulfilling the promises made in these manifestos.

While the NDC manifesto can be described as ambitious, the NPP manifesto can be described as aspirational. They both contain what we want to hear. From education to health, there are promises of alleviating the suffering of the masses by providing free and affordable education at all levels, continuation of the free senior high school policy and providing free primary health care among others.

Industrialisation and solution to issues of accommodation to the up and coming youth are alive and well in these manifestos. Are these not our concerns? Of course, they are. However, the question needs to be asked, how have these parties faired in the past with regards to the fulfilment of their manifesto promises?

Great promises as it is often said, cannot be equated to great actions. Both the New Patriotic Party and the National Democratic Congress have unfulfilled manifesto promises from the past.

It would have been better for these parties to tell us why the promises contained in their previous manifestos were not fulfilled only for us to be given new promises in new manifestos. But alas, that’s not the question we are asking. we are looking at new promises and pledges on pieces of paper which will be forgotten once elections are over. Are we not then agents of the manifesto game?

Political correctness is the natural continuum from the party line. What we are seeing once again is a self-appointed group of vigilantes imposing their views on others. it is a heritage of communism, but they don’t seem to see this.

If all power is in the hands of  Ghanaians, if there is no higher law than their will, and if by counting their votes, their will may be ascertained, then whoever leads us as Ghanaians is our decision.  And if that person is bad, we only have to blame ourselves, if the person is good, we pat ourselves for the good choice.

The decision is ours.