Elizabeth Ohene writes Coronavirus: How it turned the tables on Ghana’s diaspora

In our (BBC)series of letters from African writers, journalist and former Ghana government minister Elizabeth Ohene writes about how the prospect of living abroad has lost its attraction in the time of coronavirus.

We used to say here in Ghana, half in jest, half in truth, that you can find a Ghanaian in every country in the world.

I’ve heard of Ghanaians in Greenland, Iceland and Papua New Guinea. I admit, I haven’t heard about a Ghanaian in the Faroe Islands, which is my idea of the most exotic and faraway place, but I wouldn’t be surprised if one of us is there.

From the middle of the 1970s through to the end of the 1990s, circumstances had conspired to turn us into a travelling people.

Over the past 20 years we have continued to do it, not because the things that used to drive us away still exist, but simply because it has become a habit and our minds are tuned that way. 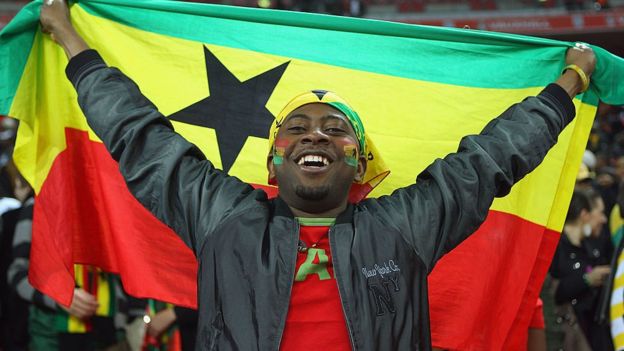 Then there are the adventurers among us who have always taken off to go and try their luck and seek fortunes wherever is said to be the current land of gold.

‘Under the radar’ Ghanaians

No credible statistics exist on exactly how many Ghanaians there are in various countries around the world, never mind what they are doing there.

Some of them, of course, are thriving where they are, and making Ghana proud. But there are many of them who, it is widely understood, are living “under the radar” and trying to “regularise” their paperwork and so do not advertise the fact they are Ghanaians.

They might be trying to live unnoticed, but we know they are there. Through holding down two or three jobs, they send the odd $100 to help with a mother’s food bills.

It is a badge of honour to say you have a relation abroad and we bend over backwards to accommodate their wishes when it comes to making arrangements for funerals and attendant ceremonies.

Those among them who can travel, that is those who have “regularised” their visa situations, usually plan and make the 10-day or two-week trip to Ghana to catch up with friends and family, typically over the Christmas period.

When they are here, they behave as one does on holidays and splash money around; no-one hears about them having a hard life over there, and we see them as success stories. They are an inspiration for other young people to try and escape from Ghana and go abroad.

The places that young people had been willing to give an arm and a leg to go to were no longer attractive, as China, Europe and America were hit hard by the virus. The talk turned to bringing Ghanaians home from abroad. Suddenly Ghana became an attractive place.

The Ghanaians abroad were anxious and they showed it.

“Please don’t let what is happening in Europe and America happen in our country” was the constant refrain. 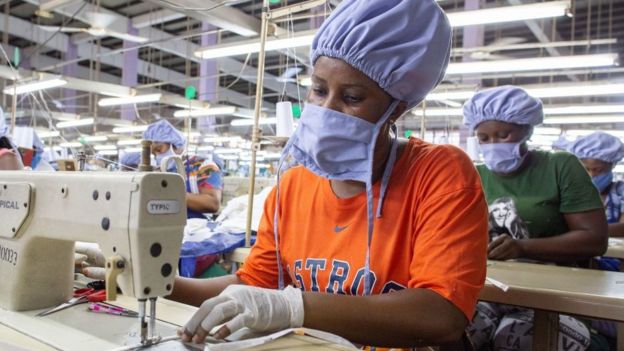 If we discovered during the lockdown that in Ghana’s big cities it was difficult for many people to survive without the daily hustle, then we got to realise that it was impossible to survive at all abroad as a hustler in the time of coronavirus.

People could no longer live “under the radar” and undocumented migrants who, up until then had been welcome for doing jobs for half the normal wages, became unwelcome and possible candidates for being blamed as the source of the disease.

Landlords who used to rent rooms and apartments to people living in the shadows now wanted to make sure they had a valid visa.

With businesses shutting down and everybody wanting to cut down on expenditure, many of our people discovered they had become surplus to requirements.

Grass is not greener

We have been looking on in dismay as the realities of the lives of many of those who are abroad have been exposed.

It turns out that many of the young women who went abroad to be nannies and maids in Lebanon and other Arab countries lead intolerable lives that no-one would accept in Ghana.

It turns out that in spite of the skyscrapers and 10-lane highways, the sleeping arrangements for many of our young people in China and some European countries are no different from our local slums.

Coronavirus has made all of us look at things from a different perspective.

People want to come home but the borders are closed.

The Ghanaians at home feel the virus was brought into the country by travellers from Europe and China, and are therefore not enthusiastic about letting in even more people.

There are some evacuation flights taking place, but with most airlines not flying, they are expensive. Equally expensive are the protocols for entering Ghana, which demand that on arrival you go into a 14-day quarantine in a hotel monitored by the security services.

Abroad seems to have lost its lustre.

For the moment, it appears the place to be is right here in Ghana.