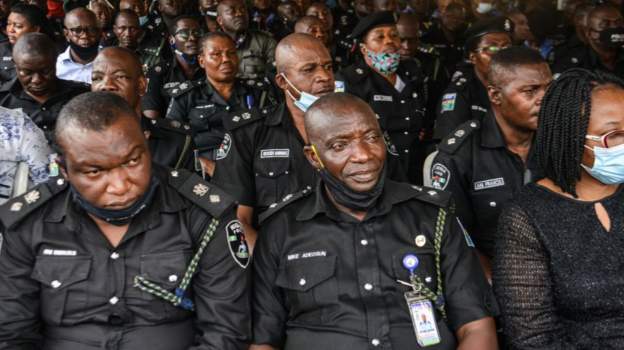 Nigeria’s police has promoted more than 80,000 officers in what it says is an effort to boost their morale after weeks of massive anti-police brutality protests across the country.

Some 16 officers who died during the protests have been promoted posthumously and 70 others who were injured given special promotions.

The unprecedented mass promotion was announced on Monday in a statement by the police spokesperson, Frank Mbah.

He said the junior police officers were promoted to their next ranks.

Inspector-General of the police Mohammed Adamu is quoted as saying the promotion of officers killed during the protests is a “symbolic gesture in recognition of the ultimate price they paid in the service of the nation”.

Official figures show that at least 80 people, including civilians, police officers and soldiers, were killed during last month’s protests across Nigeria.

The demonstrations, dominated by young people, started with calls for a police unit, the Special Anti-Robbery Squad (Sars), to be disbanded and morphed into greater calls for better governance.