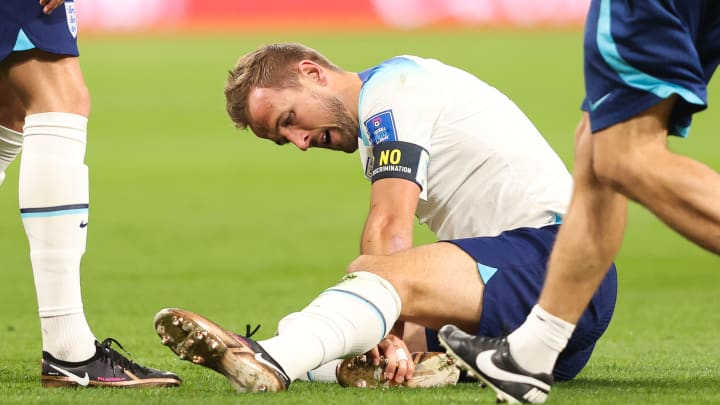 England are optimistic that Harry Kane will be available for Friday night’s World Cup tie against the United States after he took part in training on Wednesday. The captain sparked alarm when he underwent a scan on his right ankle after hurting it during Monday’s 6-2 win over Iran.

Kane was caught by a bad tackle from Morteza Pouraliganji in the 48th minute, although he did play on until the 75th minute. There is now a confidence within the camp that, despite the precautionary scan, Kane will be able to play.

The England goalkeeper Jordan Pickford said: “I think Harry is good, probably just a little bit sore. I’m sure he is fine. He was out on the grass with us today, which is good. He is our captain.”

The condition of Kane’s ankles has been a part of his story, particularly between 2016-19 when he endured five lay-offs with ligament damage – the first three on the right foot, the second two on the left.

Since April 2019 he sustained much less serious problems with his ankles on two occasions, when sprains briefly ruled him out in February 2021 and then in April of the same year. Kane has credited the work he has done more recently with a private physiotherapist in making him more resilient.

James Maddison, who is carrying a knee injury, did not train again with the squad on Wednesday, making him a doubt for the US game.

Pickford has urged England, who have only kept two clean sheets in 2021, to defend with more focus against the US. He did not hide his anger when Iran put two late goals past him and echoed Southgate’s warning about the importance of keeping concentration levels high.