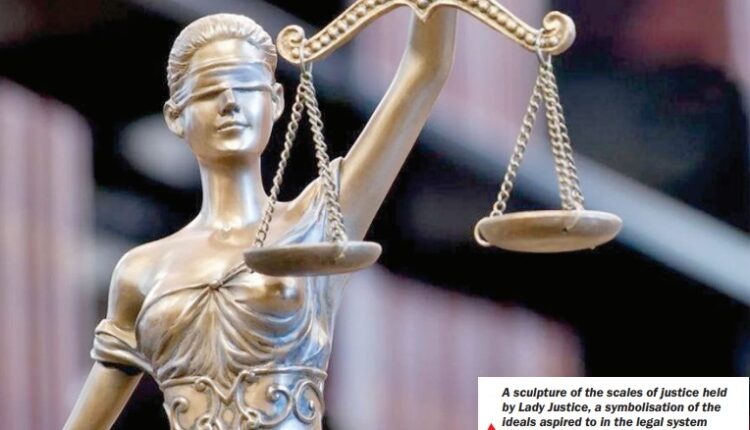 “There are still those of us who work to overcome corruption and believe it to be possible.” — Padmé Amidala

Corruption is seen as impossible to curb in society because of the desperate desire for humans to want to be liked, accepted, honoured, respected and seen as responsible individuals catering for the needs of family and society.

This desire leads most humans to be unethical for selfish gain, thereby creating corrupt environments which they benefit from. Also, people tend to normalise a wrong act after practicing it over a period leading to the act being regarded as good, especially when the wrongful act results in great success. Consequences await those who do otherwise; as a result, ethical people tend to think that it is safer and better to achieve success unethically than otherwise, which is a fallacy.

It has been observed that people not only get away with wrongdoing but are encouraged, especially when it is to the benefit of organisations to the disadvantage of those who do things right. Such individuals become prey to wrongdoers who strive to eliminate them because the actions of ethical people expose the inefficiencies of corrupt ones.

Nonetheless, there are still several individuals who strive to stick to their ethical behaviours regardless of how uninspiring it is to do so. A typical example may be found in 1 Kings 19:18, where 7,000 prophets refused to worship the Baal idol as other prophets did. To this end, this article sides with Padmé Amidala’s quote in a television series “Star Wars” in an episode called “Corruption” that, there are still people who believe it is possible to overcome corruption.

Accordingly, this article discusses what a corrupt environment is and the actions ethical individuals may take to succeed in such environments without compromising their good ethics.

A corrupt environment is one where people cleverly flout the general rules that undergird operations in an organisation.

According to Levine in his article titled “The Corrupt Organisation”, corruption is about taking pride in wrongdoing such that one achieves quick temporary successes for it and is applauded by authority while deceiving other stakeholders, including customers and employees.

He further explained that such actions were regularly done to the extent that organisation members ended up regarding wrong as good, and good as evil. Some examples of actions in such environments are over-invoicing or under-invoicing, use of substandard raw materials, emission of dangerous waste into the environment, manipulation of expiry dates on products, adulteration of products, agreeing to pay 10 per cent to win contracts, payment of bribes to expedite documentation, among others with management endorsement.

Such environments are toxic for individuals whose desires are to adhere to good ethical standards.

Often, such people are exposed to threats of dismissal, character defamation, backstabbing, false accusations and other forms of persecution. How can ethical individuals thrive in corrupt environments and still stay clean?

There are some cardinal principles that must be considered when one desires to thrive in a corrupt environment without compromising one’s values. The first is to put your trust in God and depend on Him to direct your paths (Proverbs 3: 5-6).

You will never miss your destination when you walk in the right direction.

The second is to be focused on your life’s endeavours — knowing and working towards your dreams.

Knowing where you come from and your intended destination will propel you on while helping you resist temptations that may derail you.

The third is adding value to yourself through continuous learning that enables you to gain more professional insight. Be knowledgeable, competent and hardworking with excellence as your hallmark in whatever you do.

Most importantly, it is important to have moral imagination.’

According to Mark Johnson and Patricia Werhane, “Moral imagination is the ability to think outside the box and envision ways to be both ethical and successful — arriving at alternatives that many people cannot even imagine.” Narvaez and Mrkva opined that moral imagination enabled people to implement the best ideas for the common good. The fourth is to develop a thick skin to malicious comments and gossip that aim to derail your progress. Equip yourself with good ideas and always think positive, knowing that no weapon fashioned against you will prosper and that you have the right to refute every tongue that accuses you (Isaiah 54: 17).

The fifth is to learn to forgive and love those who despise you as it helps eliminate bitterness from your system so you will not be separated from God.

The sixth is to continually encourage yourself in the LORD, seek wisdom from Him and be assured that He promises to contend with those who contend with you (Isaiah 49:25) and does not go back on His Word. Finally, maintain good relations with everyone, be mindful of “unfriendly friends” who pretend to be for you but are against you, looking out for loopholes to betray you.

Seek wisdom in all your undertakings and be able to discern to make the right decisions.