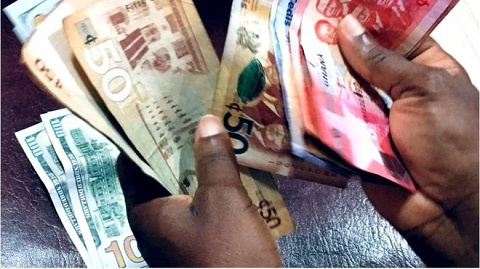 Ghana is expected to be removed from the list of countries that are deficient in Anti-Money Laundering and Terrorism Financing, the government has announced.

This is because the country has made progress in taking corrective measures to deal with issues raised by global money laundering and terrorist financing watchdog Financial Action Task Force (FATF).

This was after a meeting between President Nana Akufo-Addo and the President of the European Council, Charles Michel, as part of a working visit to Belgium.

Director of Communications at the Office of the President, Mr Eugene Arhin, explained that deliberations on May 19 and May 20 were fruitful and Ghana was likely to be taken off the red list within a month.

In a statement on Friday, May 21, he said it is expected that the FATF will make a pronouncement in June 2021.

“The European Union acknowledged the efforts Ghana has made in implementing the action plan of the International Country Risk Guide (ICRG) in record time. The Commission, thus, congratulated Ghana for the reforms embarked on, as well as the sustainable, robust systems deployed towards being taken off the list,” the release added.

On May 7, 2020, the EU announced that it had placed 12 countries on the list of jurisdictions with weak or deficiencies in Anti Money Laundering and Terrorism financing laws.

In Ghana’s situation, the action or directive was supposed to kick in from October 2020.

According to the EU, the weaknesses identified in these countries posed a serious risk to their financial system hence the action, based on recommendations from the Financial Action Task Force.

Ghana’s Finance Ministry had described the action as surprising and unfortunate, especially when the government claimed that they had taken steps to address the problems outlined by the task force.

The action affected some banks with affiliates in Europe. The banks came under serious scrutiny due to some trans-border transactions.

Governor of the Bank of Ghana, Dr Ernest Addison, admitted the negative impact of the development on the financial sector in Ghana.

The announcement to remove Ghana from the blacklist is expected to boost the banking sector and drive economic gains for the country.