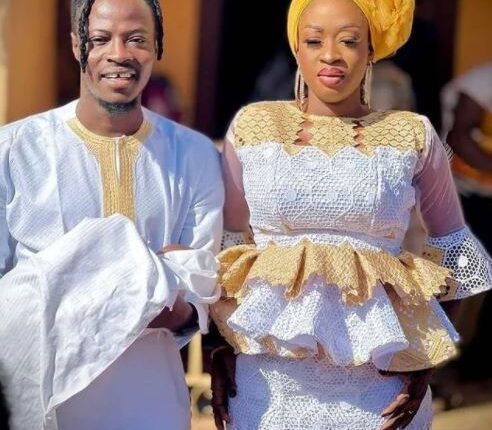 Afropop singer, Mujahid Ahmed Bello, has welcomed a new baby with his wife.

The champion of the north, popularly known as Fancy Gadam, shared a picture of himself and his baby.

The gender of the baby is unknown to the public at the moment, as the singer has kept his personal life away from social media.

Fancy Gadam started his music career at the age of 12 as a performer at schools and public events.

On 1 December 2017, Fancy Gadam was one of the headline artists at the S Concert when he performed in the early hours of Saturday 2 December 2017.

His Dream Album launch and concert on 5 October 2019 pulled over 20,000 fans to the Tamale Stadium (Now Aliu Mahama stadium).

Fancy Gadam also performed at the Bukom boxing arena on 8 March 2020 as part of his Dream Album tour. He was said to have previously toured Yeji, Nyong, Offinso, Koforidua, Wa. Yendi, Kumbungu and Dallung.

In 2017 he won the Ghana Music Award for Best New Artiste and in 2020 was named Best Afrobeat Entertainer at the International Reggae and World Music Awards.