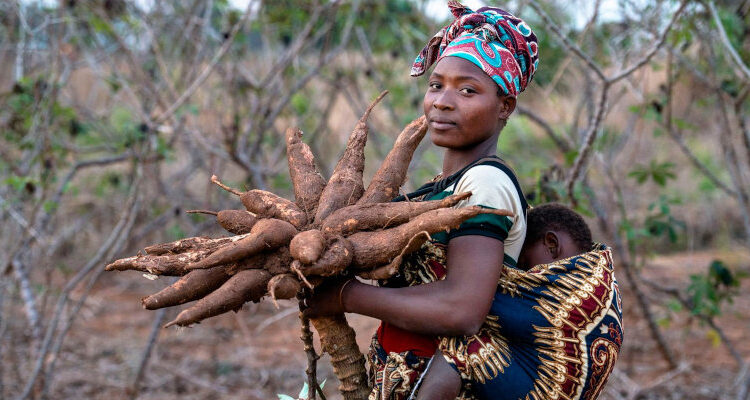 Farmers in four districts of the Volta Region have doubled their revenue and increased productivity by 61 per cent from the cultivation of improved cassava in three years, a study has revealed.

Each of 187 farmers in the districts of Ho West, Adaklu, Central Tongu, and Ho Municipal who had adopted the improved cassava variety under the “Modernizing Agriculture in Ghana project” (MAG), increased their revenue from Ghc 5,040 in 2017 to 10,662 in 2020 averagely.

The study was conducted by the Science and Technology Policy Research Institute (STEPRI) of the Council for Scientific and Industrial Research (CSIR) and disclosed in a MAG dissemination workshop held on December 21, in Accra.

The MAG project was a five-year initiative introduced in 2017 to provide budgetary and technical support in response to the objectives of food and agricultural sector development policies, productivity, and value chain management issues to increase farmers’ incomes and livelihoods.

It focused on research and alternative methods of extension that facilitated the dissemination of technologies to farm households, out-growers, and Farmer Based Organizations (FBOs) amongst others.

She explained there seemed to be some inequality with regards to the use of technology in increasing productivity between smallholder farmers and large-scale farmers; adding they were not abreast with modern trends.

“So going forward whilst we are improving all these tools for farmers, we should also be thinking of how soft we could make these approaches such that our farmers will be able to adapt and use them.

The study found that more than 50 per cent of both males and females adopted the improved cassava variety. However, youth participation was low.

Mr John Lovelace Kpodoviah, Deputy Director of Agricultural Extension Services, Ministry of Food and Agriculture (MoFA) said they had been resourced and continued to expand innovative services to farmers.

He stated that in the last five years they had about 1730 agriculture extension agents (AEAs) who use audio-visual materials and other technological platforms to educate framers in communities.

Mr Kpodoviah, however, called on farmers to form groups to easily access input and credit
facilities.