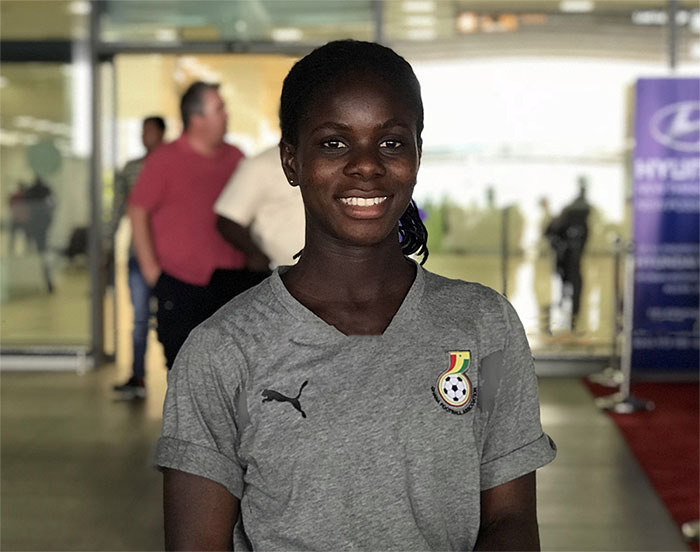 The 16-year old scored 7 goals in 4 games as Ghana exited at the quarter final stage after being beaten by Mexico in a penalty shootout.

She began the tournament with a hat-trick on the opening day against hosts Uruguay. as Ghana emerged 5-0 winners, before a brace in the second game against Finland, and a goal each against New Zealand and Mexico.

Mukarama becomes the first African to win the award.

She also claimed the Bronze Ball (3rd best player at the tournament) for her superb performance.