Some parts of the Koforidua market have been left in ruins a fire outbreak on Tuesday morning.

Shops and various items were consumed by the inferno believed to have started around 10 am.

The blaze was reportedly caused by an electrical fault on the main power supply pole of the electricity company of Ghana which spread to the nearby shops.

Though firefighters reportedly arrived late at the scene, they managed to douse the inferno preventing it from further spreading to other shops.

Properties worth thousands of Ghana Cedis have been destroyed.

A worker at Ogyeatuo Electrical shop told Accra-based Starr FM that he managed to disconnect the power supply to the shop, but the other two shops were not opened.

According to him, that was the reason the fire started there and spread to the electrical shop.

The Koforidua market incident is not the first fire outbreak recorded in a commercial hub this year.

In July 2020, fire swept through the Juaben Serwaa market in Koforidua in the Eastern Region destroying at least seven shops.

The Wednesday dawn inferno consumed items worth thousands of cedis.

Some traders trooped to the market centre when news of the fire outbreak got to them.

The traders attempted to salvage some of their wares from their shops.

The Juaben Serwaa Market is the second-largest and populated market center in the New Juaben South Municipality.

Fire tore through thousands of shops at Odawna, a densely crowded market area in Accra, leaving traders to count their losses. 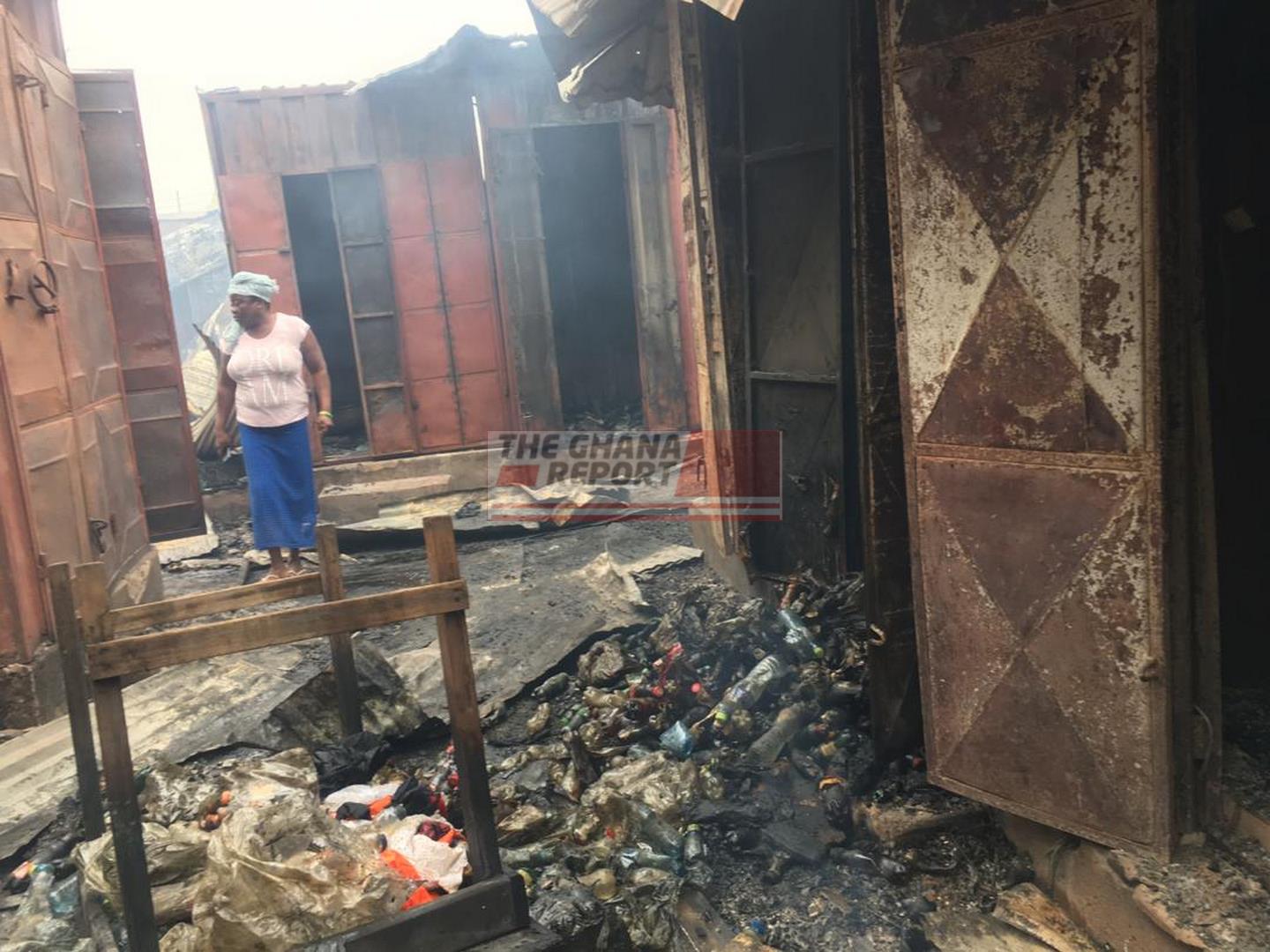 The Ashanti Region also had its share of market fires on October 21.

According to some victims, the fire started at about 2am on Sunday from one of the container shops and spread to other structures.