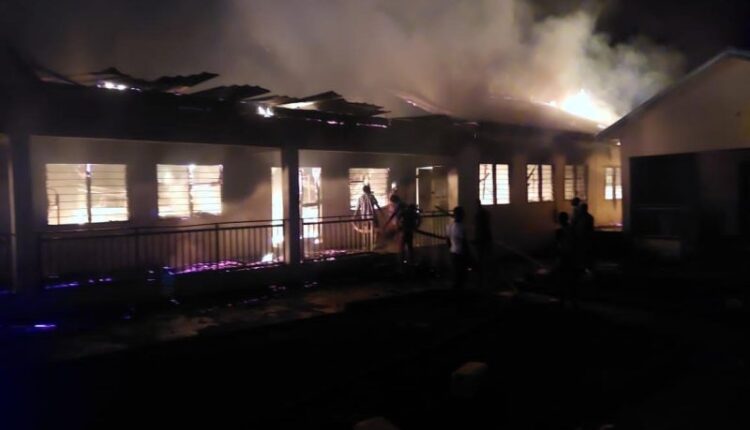 The boys’ dormitory of the Nyinahin Catholic Senior High School in the Atwima Mponua District was gutted by fire which destroyed items running into thousands of Cedis.

Mattresses, beds and other personal items belonging to the first and second-year students who had gone for church service were destroyed by the inferno on Friday after the final years completed their West African Senior School Certificate Examination (WASSCE) papers.
Deputy Superintendent of Police (DSP) James Amekah, the Nyinahin District Police Commander, briefing the Ghana News Agency (GNA), said the fire started at about 2000 hours on Friday while the students were having a Rosary Recital Church Service at the school’s assembly hall.
He said some students raised alarm which alerted the authorities to call the Ghana National Fire Service (GNFS).

By the time the firefighters arrived, half of the building had already been destroyed by the raging fire, the Commander stated.

He said his outfit had already launched investigations into the incident, saying that his men would engage school authorities and the GNFS to unravel the cause of the fire.