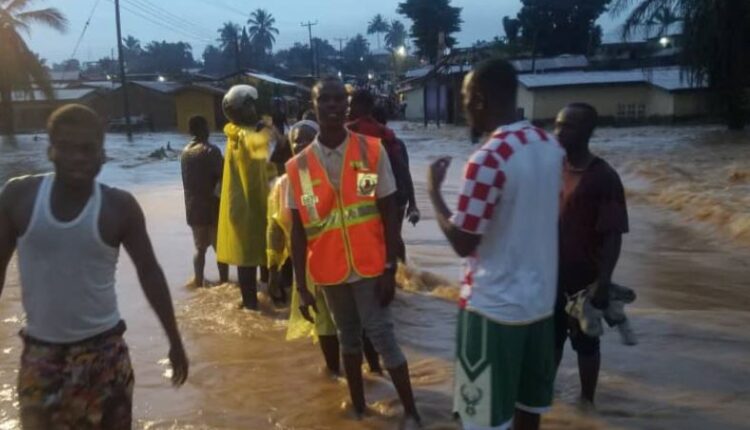 At least five people have died in four districts of the Eastern Region following floods that occurred over the weekend.

The regional director of the National Disaster Management Organization (NADMO), Kwame Appiah Kodua, who confirmed this, added that 10 more had been declared missing in the Nsawam-Adoagyiri Municipality.

A total of 17 Municipal and District Assemblies were also affected by the floods.

“17 MMDAs have been affected across the Eastern Region as a result of the floods from Friday, September 30 to Monday, October 3 2022. Five deaths have been recorded in four of the districts. Whiles 10 persons have been declared missing,” he said.

Three rivers in the Region – Birem, Densu and Ayensu also overflowed their banks.

Several households were also affected, and hundreds of persons were displaced.

However, NADMO’s regional boss says the assessment of the devastation across the region has not ended yet.

She pointed out that several house owners have already been prosecuted in court.

“We will take action. You have no idea the number of people we are prosecuting at the court for building on waterways.”

The Akwadum bridge over the Densu River was worse affected.