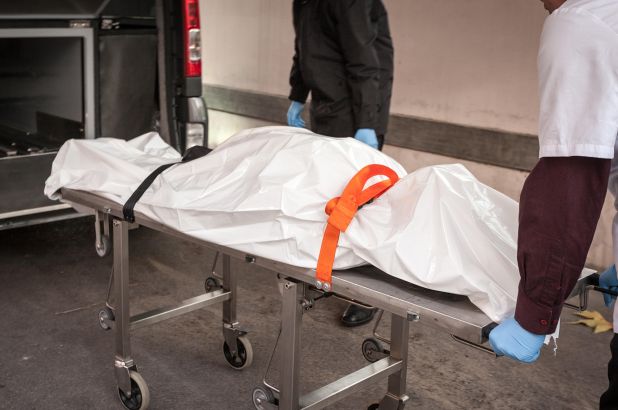 A bloody confrontation between some residents of Denkyira Akwaboso in the Upper Denkyira West municipality of the Central Region and some suspected armed robbers left five of the robbers dead.

Police found five bodies at the scene of the incident with gunshots wounds.

The police have begun investigations into the incident which happened Friday dawn.

According to the deputy Central Regional Police Public Relations Officer, Inspector Evans Isaac Ettie, on September 3, 2021, at about 6:15 am, the Diaso District Police Command had information that a group of armed robbers had attempted to rob some residents of Denkyira Akwaboso but some of the residents engaged the robbers in a shoot out leading to the killing of five of the suspected robbers.

He said police also gathered that two of the suspects, a male and a female escaped in the process.

He said when police inspected the bodies, they found varying degrees of gunshots wounds on all of them.

He said residents identified one of the robbers as Attah, a known armed robber within the community and on the Diaso Police wanted list.

The bodies were conveyed to Sefwi-Bibiani government hospital mortuary for preservation, identification and autopsy.