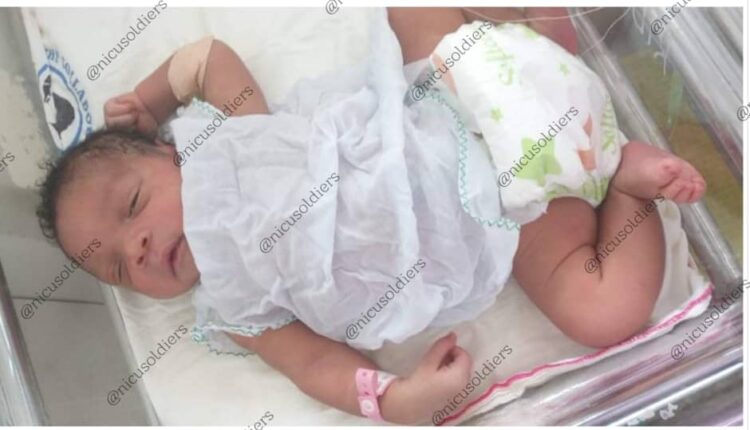 Five years after leaving NICU: the birth story of Nathan

Five years ago, Mr Kwesi Assan and his wife were blessed with a bouncy baby boy but instead of being excited by the arrival of their son, they were thrown into a state of worry and uncertainty.

Their son, Nathan, had difficulties breathing on his own after delivery and was rushed to the Neonatal Intensive Care Unit (NICU). There, he was diagnosed of birth asphyxia — a medical condition resulting from deprivation of oxygen to a newborn infant.

Mr Assan recounts that his wife had been in a long, painful labour and after over eight hours, the private facility she was reluctantly referred her to the Greater Accra Regional Hospital (Ridge Hospital), where an emergency caesarean section was performed to save his wife and baby.

“I insisted she was transferred to Ridge but the doctor refused and it nearly resulted in a scuffle as I could see my wife was suffering. Reluctantly, he agreed and when we got to Ridge, they complained that we had stayed at home for too long and it took time before they finally agreed to admit her.

“When I first saw him at the NICU with oxygen and other tubes, I immediately felt cold. I was gripped with fear seeing my boy lying helplessly. Before going near him, I had been made to wash my hands and cover my head with a disposable surgical cap.

“Next to him was another baby who I was told had more difficult health challenges than my son and although it gave me some hope, I was still scared we could lose our son. In one breath, I was happy I was a father, in the other I was also scared of losing my baby,” he narrated.

After about five minutes of standing by his son helplessly, he was told the visiting period had ended and had to leave the facility.

Early the next morning, he was at the unit even before parents were allowed in and was given a long list of medications to buy.“I wasn’t even bothered about how much it cost, all I wanted was for my son to go home with us and so I run around many pharmacies and got the drugs and other essentials before going home.”

By the third day, his wife was discharged from her ward but he was still on oxygen. Mr Assan had to juggle his schedule at the office to visiting his baby and ensuring that he was getting better.

“Most of the time, I was anxious and had tears in my eyes whenever I visited him. The nurse on duty smiled and told me how impressed he was at my dedication. She assured me that my son was getting better and may be taken off oxygen when the doctors come for review.

“By the fourth day when I visited him, I realised the oxygen had been taken off and he was no longer feeding through a tube. My joy had no bounds, I was so excited to see that he getting better.”

On July 6, 2016, baby Nathan was discharged from the hospital and the Assan family couldn’t conceal their joy as they carried their baby home.

Today, Nathan, who has grown into a healthy and active child, turns five and his parents are grateful to God for His mercies and the NICU team at the Ridge Hospital for their selflessness and dedication.

“Today is exactly five years and we are grateful to God for his protection through these five years. To parents currently in NICU, remain steadfast in prayers and trust God that all shall be fine. Couples should stay together and not blame each other for whatever is happening. Parents must also be involved in the treatment process to understand the conditions of their children. Five years ago, we were in a similar condition but today, we are celebrating his birth,” Mr Assan added.

What The Age Of Your First Period Reveals About You

5 Books That Will Make You Want To Read Again

Try These 6 Healthy Habits To Help You Stay Organized

Why Chopping Off Your Hair Is Actually Therapeutic