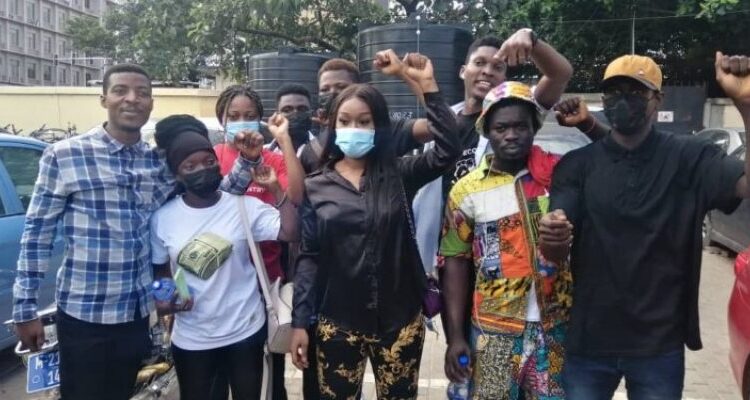 Efia Odo, a social media influencer and 10 other members of the “#FixTheCountry” campaigners, arrested Friday by the Police, have been granted bail.

Their arrest came shortly after a High Court hearing on whether or not the group should be allowed to stage a street protest, adjourned proceedings to 1330 hours for ruling.
The police said whiles the court was in session, some of the campaigners, including Odo, allegedly pitched camp in front of the Court complex with placards and causing nuisance.
The source said after the court proceedings, the protesters were joined by their colleagues who were in the court room, with some taking photographs, necessitating their arrest by police officers from the Accra Regional Command.
“#FixTheCountry” is a hashtag being used by some Ghanaians who declared their intention to protest, on May 9, 2021, to express displeasure over the failure of successive governments to improve the living standards of Ghanaians.
The police, however, on Thursday, May 6, 2021, obtained a restraining order from the High Court, presided over by Mrs Justice Ruby Aryeetey, against the protest march until the restriction on public gathering is lifted.
Story By GNA
Efia OdoFix The Country demo
You might also like
News