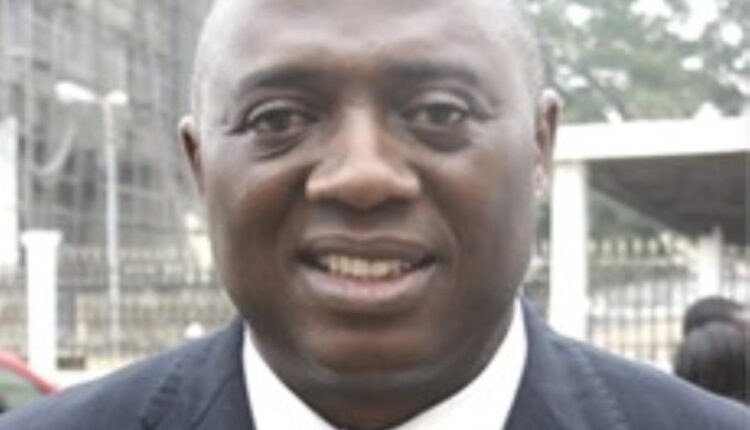 He died on Tuesday night with a persistent heart problem in London.

A family member confirmed the news of his death to theghanareport.com.

In 2013, the newly pardoned former lawmaker denied reports that he was bedridden and had been flown out of Ghana for medical attention.

A number of newspapers had reported at the time that the convicted former MP’s health had deteriorated and he had been rushed out of Ghana for medical attention.

Dismissing the report in a Daily Graphic interview, he said although he was unwell and was preparing to travel abroad for a medical check-up, he was worried about the impression being created as though he had been bedridden and rushed abroad.

“Yes I am due for a medical check-up in the United Kingdom, but the impression is not as bad as being suggested by sections of the media,” he stressed.

In 2012, the Accra Fast Track High Court sentenced Mr Sakande to two years imprisonment after he was found guilty of false declaration of office, perjury and deceit of a public officer.

The state preferred criminal charges against him after a cattle dealer from Bawku, Mr Sumaila Bilbil, filed a civil suit claiming that Mr Sakande held multiple citizenship and therefore did not qualify under the 1992 Constitution to have run for the office of MP.

While serving his sentence, Mr Sakande spent time receiving medical attention at the cardiothoracic unit of the Korle-Bu Teaching Hospital.

On December 31, 2012, the then President, John Dramani Mahama, granted the former MP pardon based on medical grounds.

Mr. Sakande contested the Bawku Central seat on the ticket of the New Patriotic Party (NPP) in the 2008 election and snatched it from Mahama Ayariga, the incumbent.

Soon after the victory, a cattle rearer from the constituency dragged Mr Sakande to court on allegations that he had British citizenship he had not renounced.

The Constitution of Ghana forbids persons with dual citizenship from becoming lawmakers.

Mr Sakande polled 20,157 of the ballots ahead of Ayariga’s 17,385 following a second recount which saw ballots conveyed from Bawku to Bolgatanga specifically for that purpose.

Mr Sakande was 58 years and left behind a wife and two children.