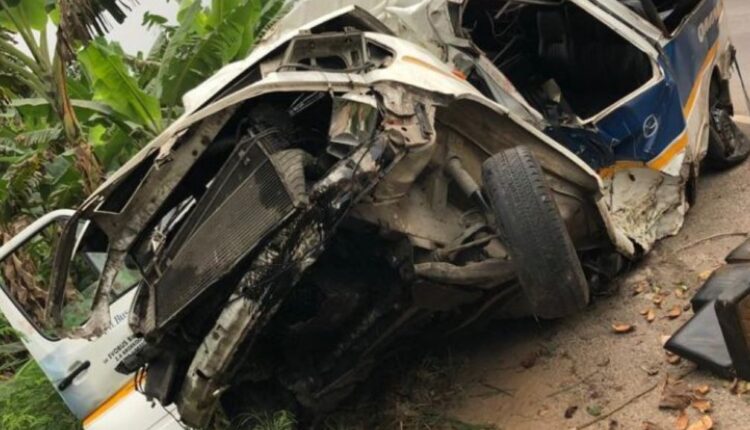 Four people died on the spot while 13 others sustained various degrees of injuries in an accident that occurred at Ekotse/Bodjano in Ekumfi district.

Briefing the Ghana News Agency (GNA) at Mankessim, ASP Mrs. Beatrice Sintim–Koree of Mankessim MTTD of the Ghana Police Service, said a Sprinter bus with registration number GR-6201-21, with 16 people on board was driven by Amede Sheriff now deceased from Mankessim towards Accra

She said on reaching a section of the road between Ekotse and Bodjano, the vehicle burst the right tyre and the driver lost control of the bus which veered innto the right pavement, killinng a boy aged about 14 years who was selling coconut
It further hit two trees, killing three persons in the bus and injuring the others.

According to her the injured were sent to Saltpond Government Hospital, where they are receiving treatment, while the bodies of the deceased, including; the boy and the driver had been deposited at the mortuary of the same hospital for preservation and autopsy.