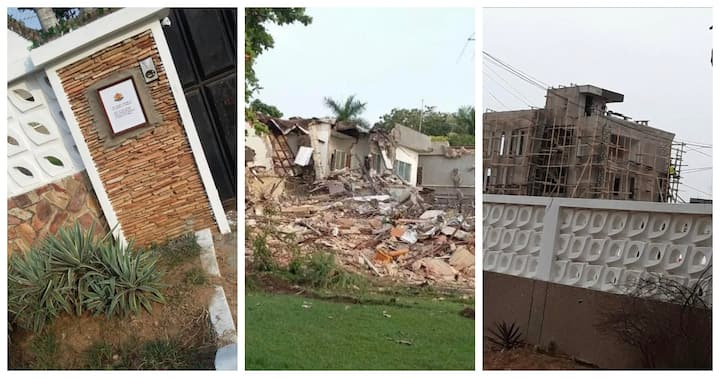 In reference to non-Ghanaians, the preamble to our First Republican Constitution, the 1960 Constitution of Ghana, extended a hand of friendship and cooperation beyond our shores: “We the people of Ghana … in sympathy with and loyalty to our fellow-countrymen of Africa/in the hope that we may by our actions this day help to further the development of a Union of African States, and/in a spirit of friendship and peace with other peoples of the world …”

Apart from the preamble to the Second Republican Constitution, the 1969 Constitution of Ghana, our Constitutions, in their preambles, always state our desire to live in “friendship and peace with other peoples of the world.”

The Ghanaian quest for cordial closeness with “others” is not a mere textual constitutional wish. The Ghanaian, over the years, has been in the thick of promoting regional integration with ECOWAS, promoting continental unity with the AU, and promoting global peace with the UN.

The bulldozering of the Bulgarian Embassy in Accra fits oddly with our constitutional vision of global friendship with others.

The razing of the Bulgarian Embassy ought not to have happened. It is unfortunate. But it is soothing that the government is sincerely dedicated to resolving this diplomatic scandal.

The Minister of Land and Natural Resources, Samuel Abu Jinapor, appointed Justice Kwasi Anto Ofori as the Sole Inquirer, tasking the experienced retired High Court Justice with establishing the facts and circumstances relating to the alleged encroachment and/or demolition of the Bulgarian Embassy and subsequent attempts at developing that parcel of land.

As well, Justice (retd) Kwasi Anto Ofori-Attah, once the Ashanti Regional Lands Commission Chairman, was to recommend to the government possible actions therefrom.

Evincing Ghana’s commitment to maintaining close and cordial cords with diplomatic missions in Ghana, Mr Jinapor seized this incident to task the Sole Inquirer to broaden his finding of facts beyond the Bulgarian Embassy incident to cover lands in Ghana which foreign missions own or have related legal interests.

Sworn in on March 18, 2022, the Sole Inquirer was expected within a month to submit his findings and recommendations to the government.

Earlier, the State ordered the private developer to pause ongoing construction on the disputed site until the disputed facts are established.

The initial timeline anticipated a Report from Justice Ofori-Atta on the Bulgarian Embassy land matter within seven days and another report on matters of other diplomatic missions within a month, both from the day he was commissioned to begin his findings.

But because the Sole Inquirer found the issues “considerably complex,” Jinapor extended the deadlines.

The Sole Inquirer sourced information from the various land organs of the state, as well as relevant professionals with 11 persons testifying.

Justice Ofori-Atta has since presented his findings and recommendations to the government.

Upon receipt of the report on April 26, 2022, suspicions surfaced, suggesting that the government was planning on insulating culprits who might have unlawfully razed down the Bulgarian Embassy from accounting for their behaviour.

Mr Jinapor refuted these claims, insisting on the government’s commitment to unearth the truth and “make available the contents [of the report] in due course.”

Mr Jinapor studied the 149-page report, and he made public on Monday, May 16, 2022, the government’s action and pending action on the report with a little contradiction in need of clarity.

On the one hand, Mr Jinapor relates that the government has decided to “accept the findings and recommendations of the Sole Inquirer in full.”

And on the other hand, Mr Jinapor relates that the government has referred part of the commendations, the part about “sanction” and “compensation,” to the Attorney-General and Minister of Justice for advice.

The clear conclusion from the reference to the learned Attorney-General is that the government has not yet fully accepted the findings of the Sole Inquirer.

Apart from this concern, Mr Jinapor’s plan to navigate this impasse through mediation should be supported. Ghanaian customary adjudication has always prized reconciliation, harmony, and cordial existence of feuding parties over declaring a winner.

Justice, of course, should be done in this matter. But the peaceful relationship of the parties following a successful mediation is most preferred.

The 1992 Constitution recognised the simple truth that Ghana is not siloed in its desire for progress, as our goals and aspirations are linked with others and either propelled or hampered by them.

We develop fast and best in friendship with and respect for others.

Mr Jinapor has vowed Ghana’s commitment to the “long-standing relations” between Ghana and Bulgaria, promising that this incident would not “mar” the friendship.

We should support the young minister in his pursuit of this noble goal by purging this unfortunate incident of unhealthy partisan politics and unfounded suspicion.

As well, the public awaits the Sole Inquirer’s findings on other foreign missions’ land and related interest in Ghana. And if appropriate, these reports should be publicised.

Ghanaians must ensure that “others” know and feel they are home in Ghana, as it is the prime test of our “spirit of friendship and peace with other peoples of the world” so predominant in the preamble to our Constitution.

The author is a lawyer/doctoral fellow at Fordham Law School, N.Y., USA.