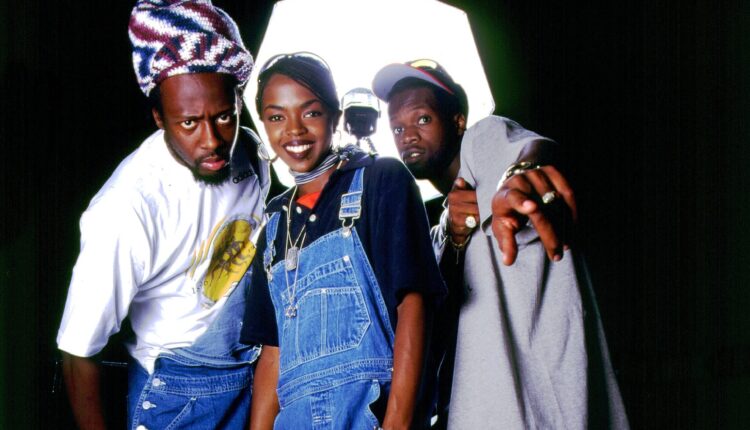 The Fugees shocked the hip-hop world on Tuesday (Sept. 21) with the announcement of an international reunion tour to celebrate the 25th anniversary of their landmark 1996 album The Score.

The outing will bring Ms. Lauryn Hill, Wyclef Jean and Pras Michel together for the first time in 15 years for 12 shows presented by Diaspora Calling and produced by Live Nation.

Not wasting any time, the tour kicks off on Wednesday (Sept. 22) with what a release promised will be an intimate show in New York City at an as-yet-undisclosed location. The dates will then pick up with a Nov. 2 gig at the United Center in Chicago, followed by a concert at the Oakland Arena in Oakland, California on Nov. 7, as well as dates in Los Angeles, Atlanta, Miami, Newark, Washington, D.C., Paris, London, Nigeria and Ghana.

The Score, the Fugees’ second and final studio album, hit No. 1 on the Billboard 200 album chart and scored hits with the indelible singles “Killing Me Softly,” “Fu-Gee-La” and “Ready or Not”; the collection won the Grammy for best rap album and another for best R&B performance by a duo or group with vocals for “Killing.”

“The Fugees have a complex but impactful history. I wasn’t even aware the 25th anniversary had arrived until someone brought it to my attention,” Hill said in a statement of Score, the best-selling album ever by a hip-hop group (at a reported 22 million copies worldwide) and the first by a rap group to be nominated for an album of the year Grammy. “I decided to honor this significant project, its anniversary, and the fans who appreciated the music by creating a peaceful platform where we could unite, perform the music we loved, and set an example of reconciliation for the world.”

The group has teamed up with charitable partner Global Citizen for as-yet-unspecified philanthropic initiatives around the tour, with tickets slated to go on sale to the general public beginning Friday (Sept. 24) at 10 a.m. local time here. Global Citizen announced on Monday that the group’s first public performance will be in support of Global Citizen Live, a planet-wide broadcast calling on world leaders to defend the planet and defeat poverty that will air on Sept. 25 and feature performances on seven continents broadcast for 24 hours across dozens of media platforms; more information on Global Citizen Live can be found here.

Information on tickets to Wednesday’s show will be disclosed to fans who’ve earned tickets by taking action.

After splitting in 1998, the Fugees reunited in 2004 for Dave Chappelle’s Block Party concert film, came back together the next year for a 12-minute medley to open the 2005 BET Awards and played their final show in Feb. 2006 at a free gig for fans in Hollywood.

“As I celebrate 25 years with the Fugees, my first memory was that we vowed, from the gate, we would not just do music we would be a movement,” said Wyclef in a statement. “We would be a voice for the un-heard, and in these challenging times, I am grateful once again, that God has brought us together.”

Check out the dates for the Fugees reunion tour below: