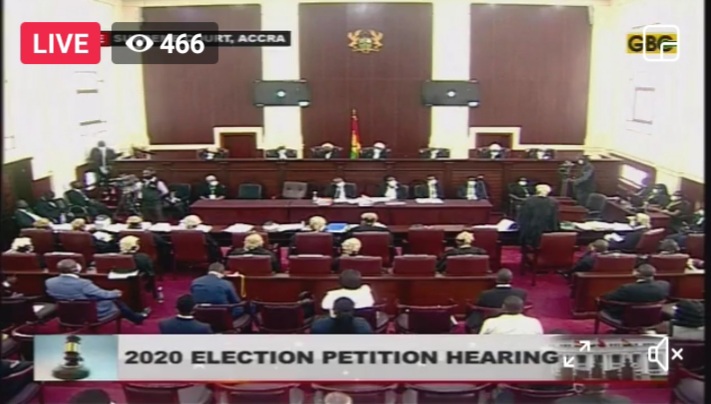 The Supreme Court, in an unanimous decision tossed out the request to allow the petitioner John Dramani Mahama in the ongoing election petition re-open his case.

Among other things, the seven member panel presided over by the Chief Justice said the petitioner’s legal team led by Tsatsu Tsikata have not demonstrated any new evidence, in its argument for re-opening.

Below is the ruling 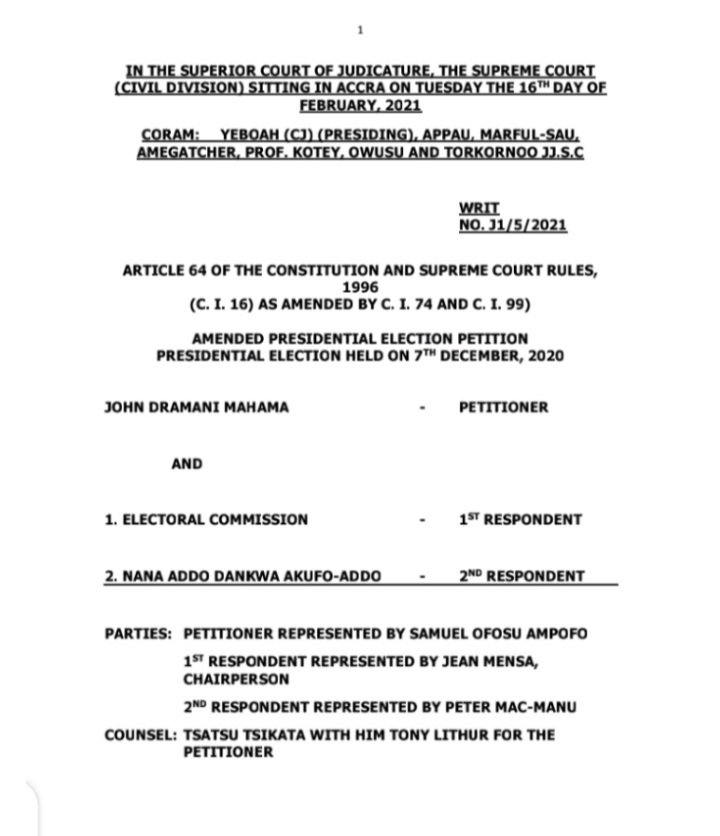 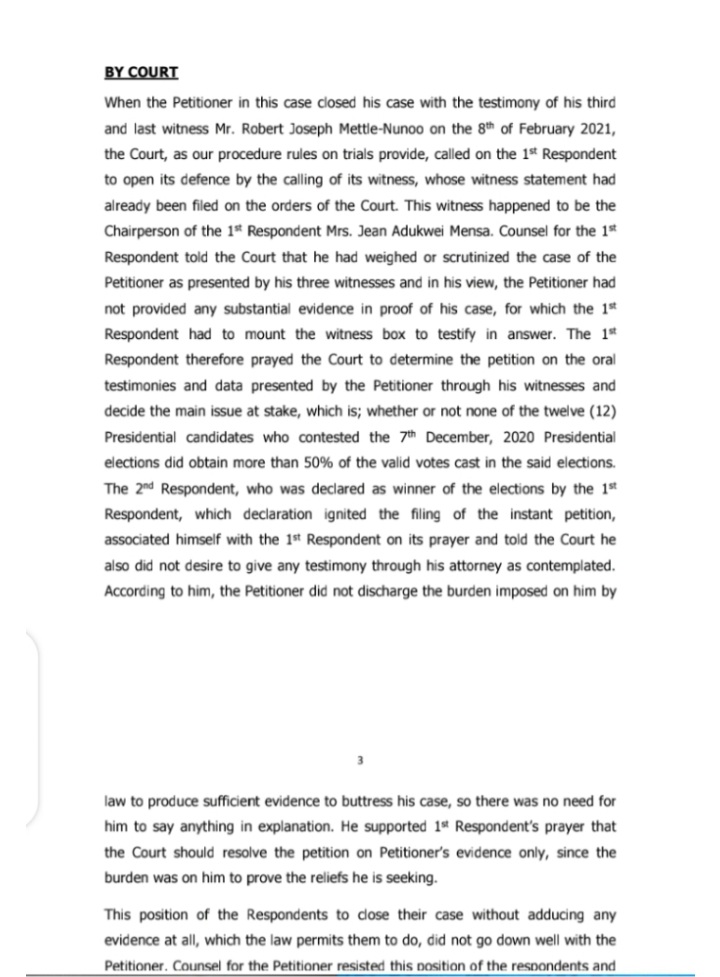 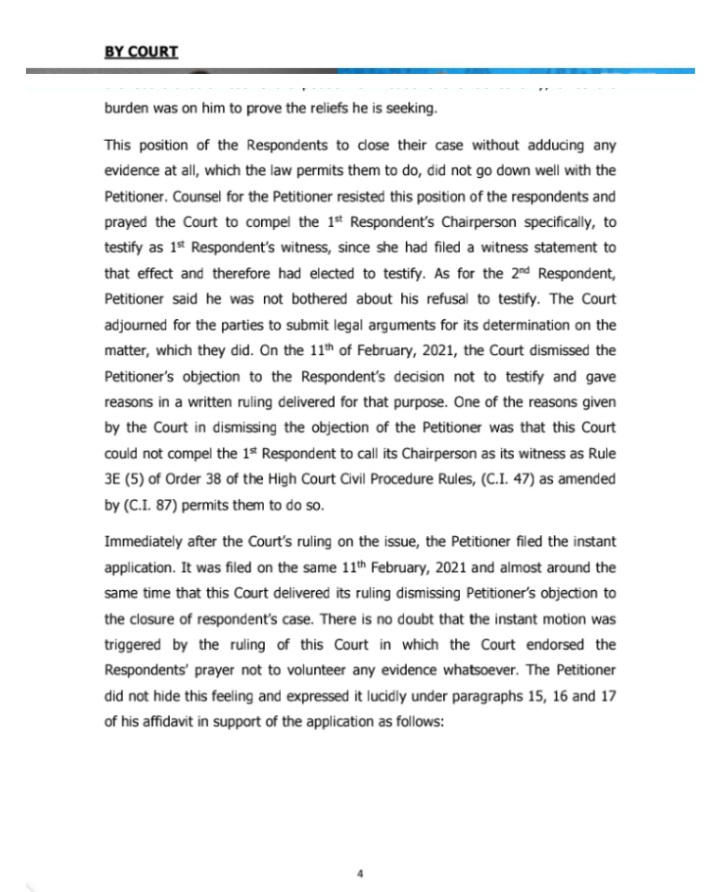 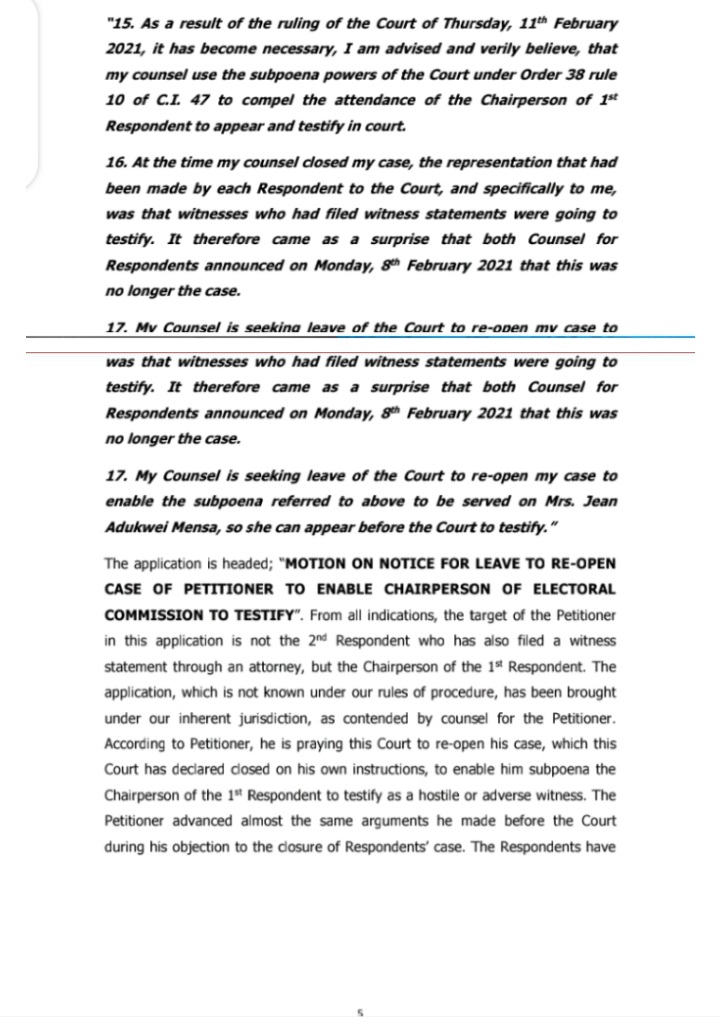 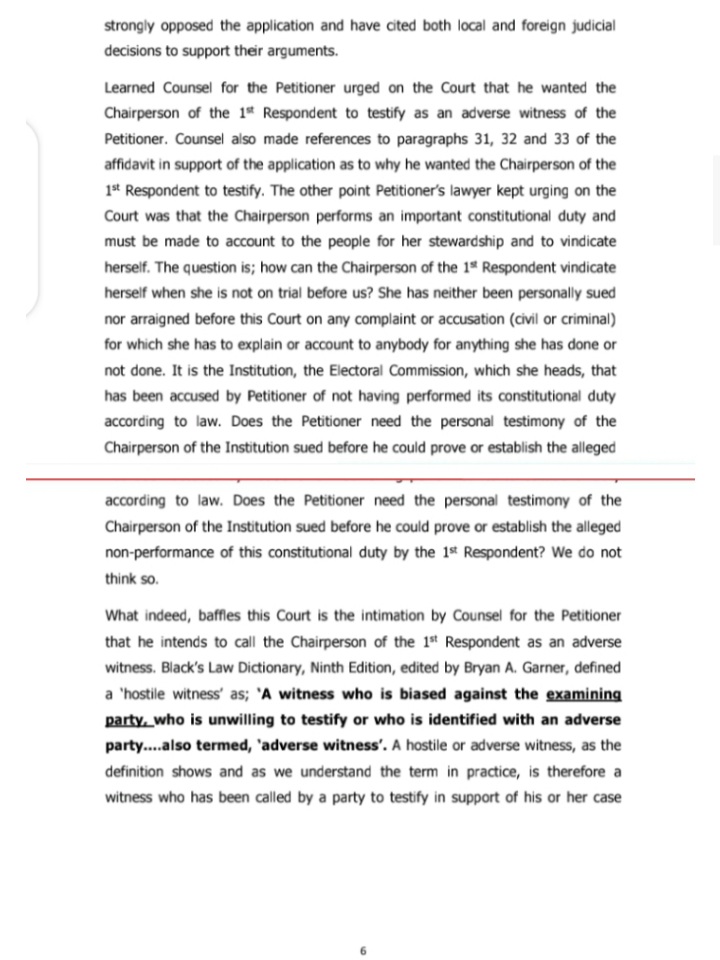 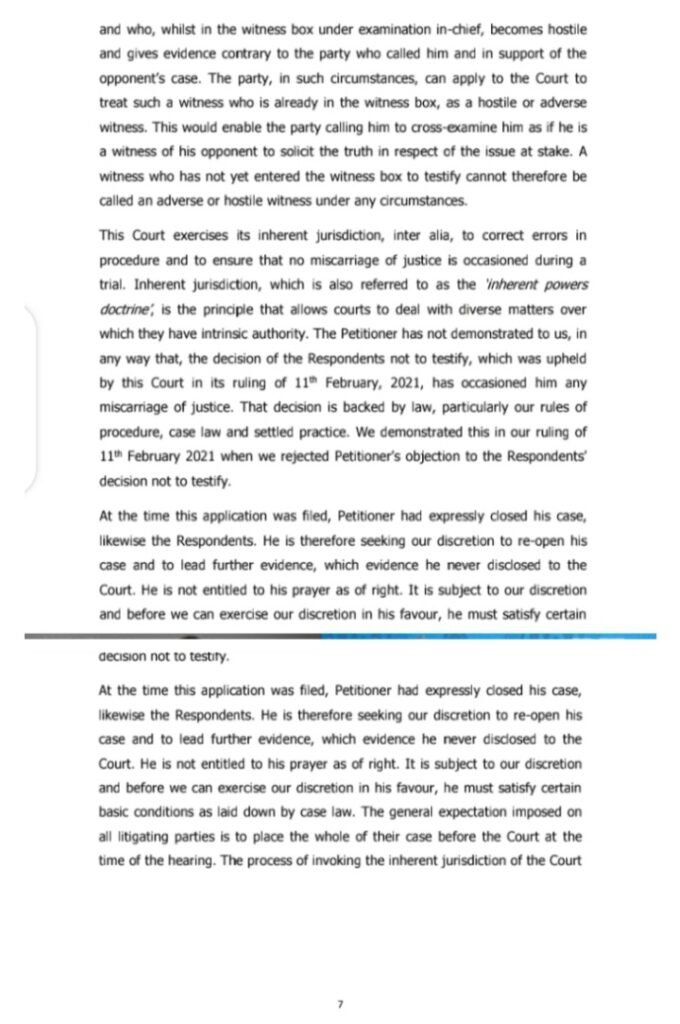 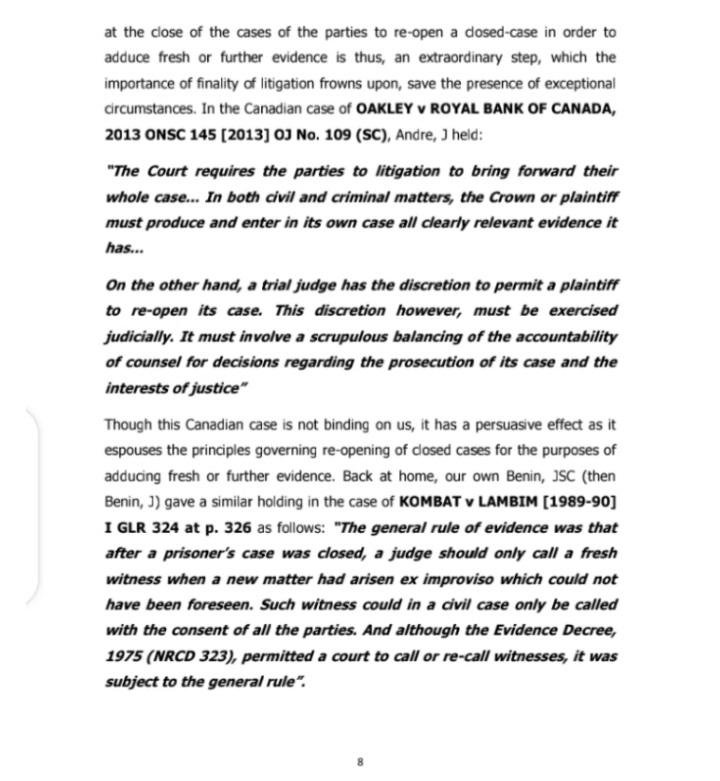 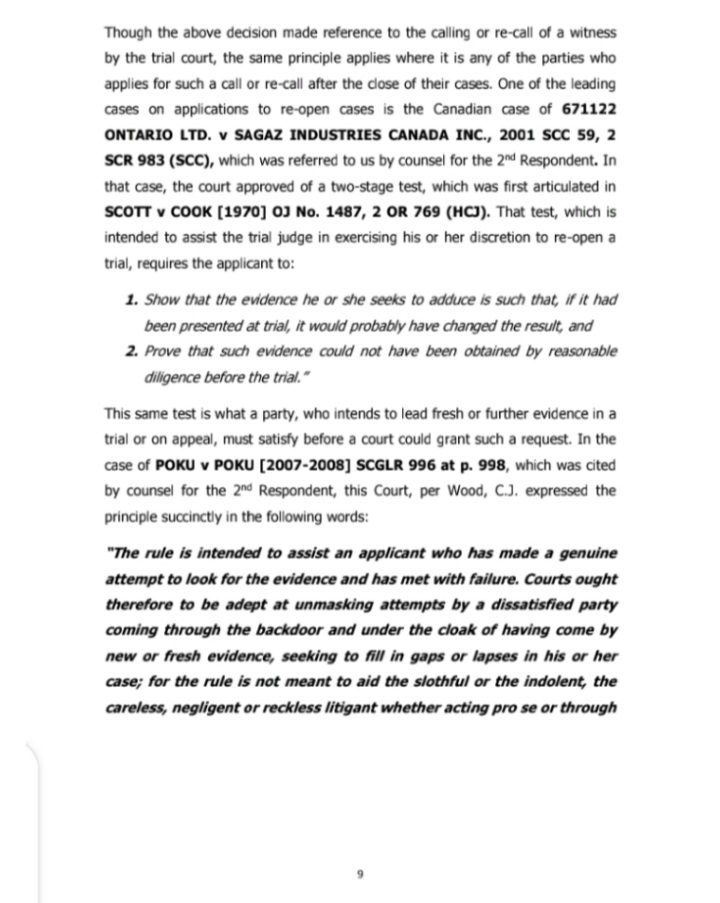 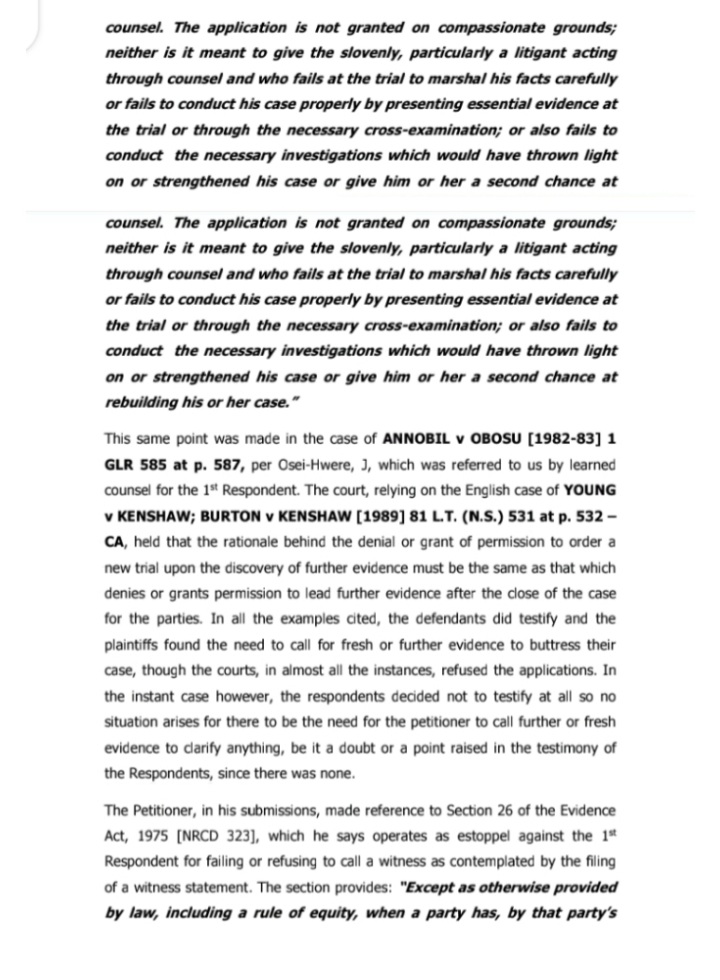 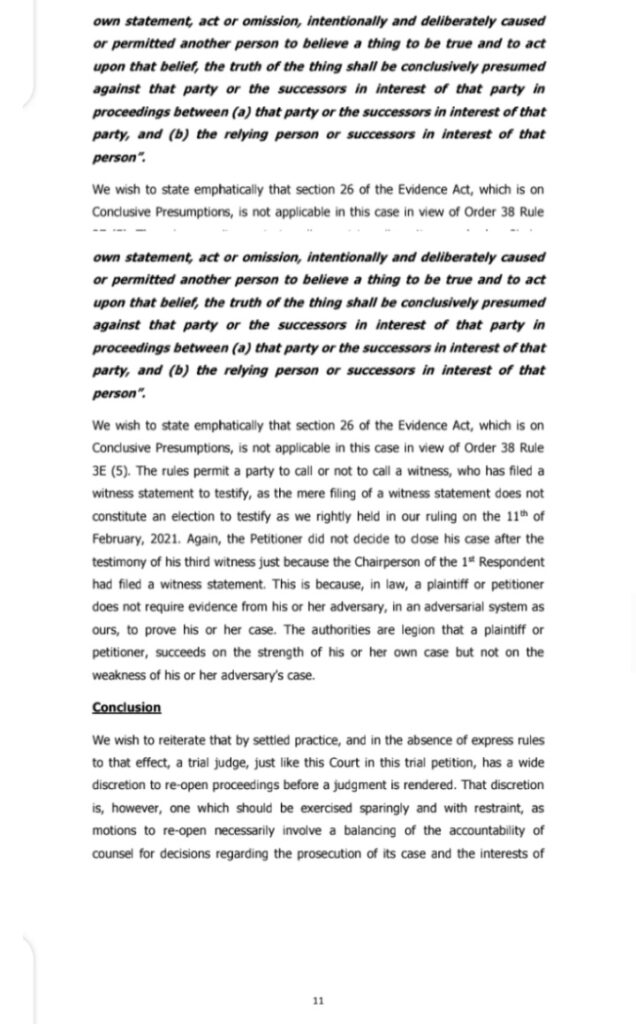 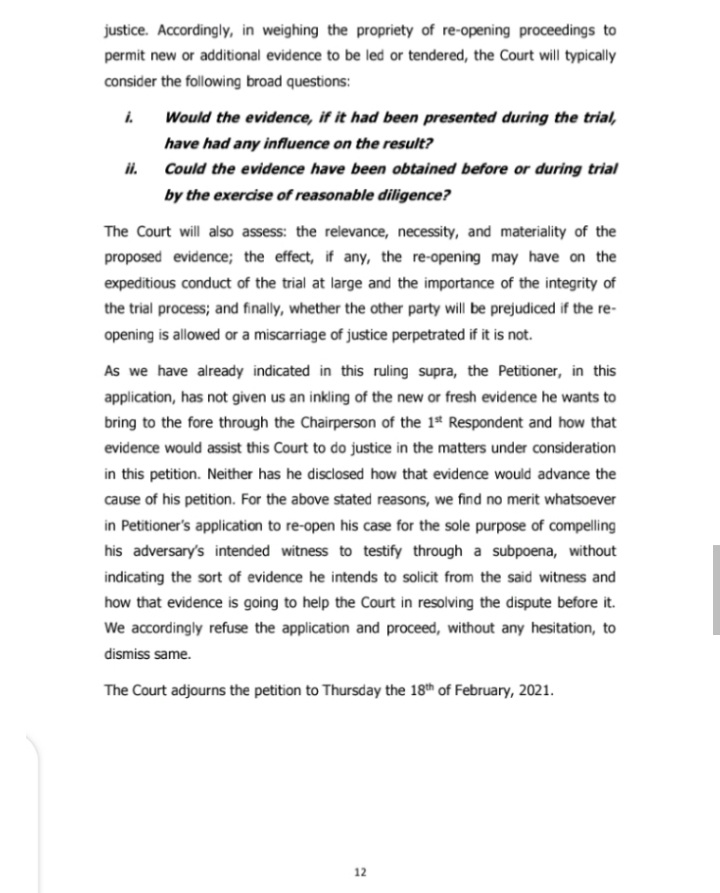