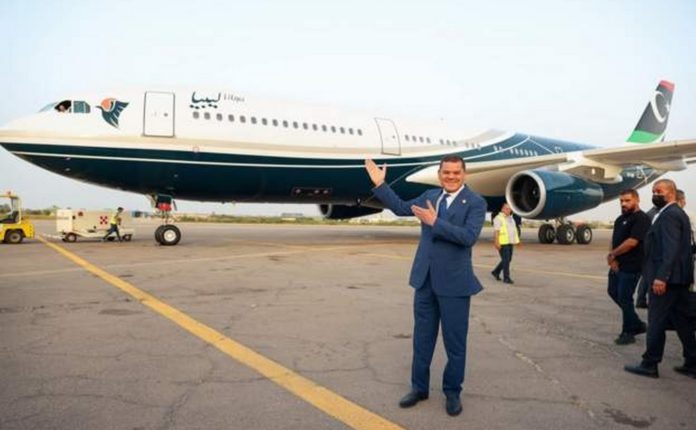 A private plane belonging to Libya’s late leader, Muammar Gaddafi, has landed in the capital Tripoli after nearly a decade in France for safekeeping and maintenance, domestic and pan-Arab outlets have reported.

The giant plane, an Airbus A340, flew over the skies of Tripoli before landing at Mitiga International Airport near the capital city, pan-Arab Al Arabiya TV highlighted on the morning of 21 June.

Several media outlets quoted statements from Prime Minister, Abdul Hamid Dbeibah, who was at the airport to see the plane arrive the previous evening.

He said that the plane’s maintenance and other procedures had been completed, with the interim government paying all the needed costs for its return to Libya, the prime minister’s office announced the same evening on Facebook.

Mr. Dbeibah said that of the remaining 14 jets, 12 were scheduled to fly back to Libya, while the government was working on the return from abroad of the two outstanding ones.

According to Al Arabiya, Gaddafi’s jet, also known as the ‘Flying Palace’, flew at low altitude over Tripoli’s historical landmarks and circled the area before touching down.

Speaking to journalists about the plane, Mr. Dbeibah said “the Libyan people are the ones who will decide its fate” and whether it would be used by the authorities or for other, public purposes, according to Al Arabiya.

He noted that the famous plane’s return to the country was a “positive step for Libya, its security and wealth”, the channel said.

The luxurious plane, described by some as “the Airbus with the [James] Bond villain interior”, has attracted the attention of international media over the past years.

Gaddafi – who led Libya for six decades – and who was known as an eccentric figure who appeared on the world’s stage in his own unique style, was killed in his hometown of Sirte in October 2011 during hostilities triggered following a popular rebellion in February the same year.

Libya’s new governing authority, the Government of National Unity led by Mr. Dbeibah, took over power from the previous Tripoli-based government and was sworn in in March following elections earlier this year in an UN-sponsored process.