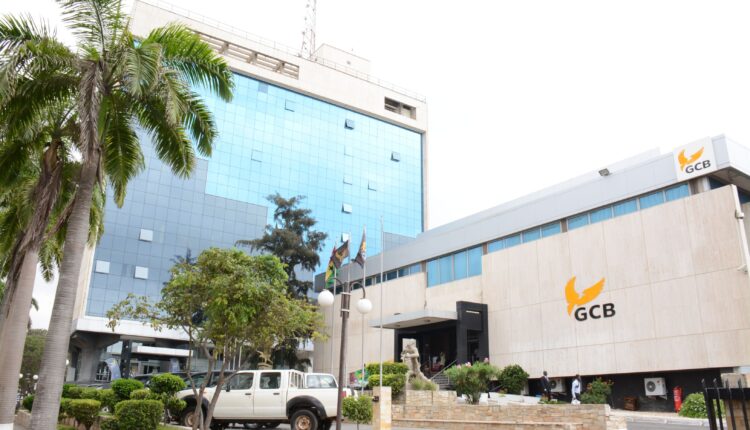 GCB Bank Limited has refuted allegations of the transfer of tax receipts to the tune of GHC 52.5billion to unknown sources.

The reply follows a letter circulating on social media in which the Audit Service had requested details on the transaction.

GCB Bank said in a statement on December 1 that the claims were “false and mischievously designed to discredit the Bank,” the statement said. 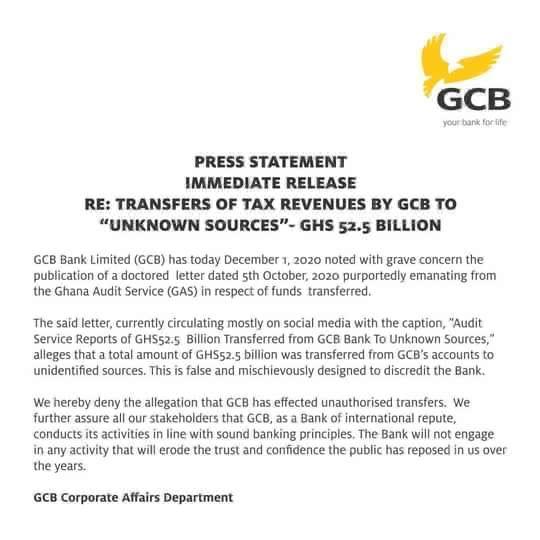 “We hereby deny the allegation that GCB has effected unauthorised transfers. We further assure all our stakeholders that GCB, as a bank of international repute, conducts its activities in line with sound banking principles. The Bank will not engage in any activity that will erode the trust and confidence the public has reposed in us over the years,” the release stated.

The letter bearing the signature of the Deputy Auditor-General, George Swanzy Winful, explained that it was conducting a special audit directed by Finance Minister Ken Ofori-Atta.

The release said several commercial banks were supposed to respond to “infractions noted during our reconciliation of their statements”.

“With the assistance of both the commercial banks and the Bank of Ghana, we have been able to trace with satisfaction, some of the transfers,” the released added.

The Audit Service said it hopes to complete the exercise soon and defaulting banks would be surcharged for failing to transfer tax receipts collected from the various transit accounts into the respective BoG Holding Accounts.