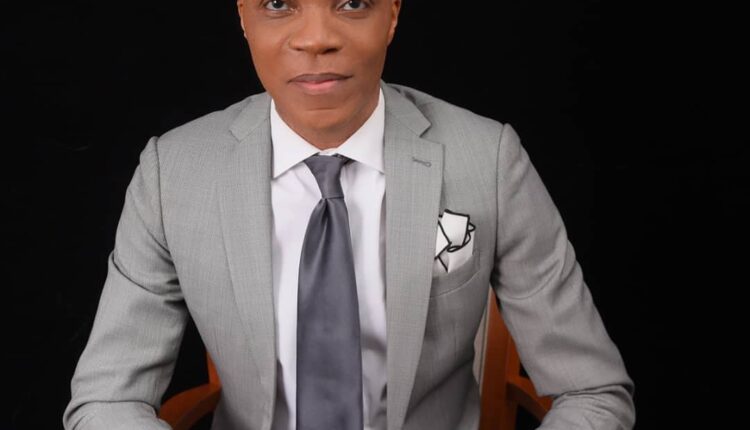 So when Daily Graphic called to question the possibility of pay disparities between men and women in Ghana, my eyes popped for a couple of mixed reasons: firstly because, it’s never the case in Ghana – not that I know of; secondly because, maybe, just maybe, it could be so. So I’m ever thankful for the opportunity to shed some light on this, with these few ‘notes’ that I usually share at fora.

The good news from Ghana regarding this matter is that, there exist, what you may call, stringent ‘security features’ in our laws and salary administration structures that ensure that no employee is short-changed on account of their gender, among a range of other potentially discriminatory situations.

Article 17, subsections 2 and 3 of the Constitution of the Republic of Ghana, frowns on discrimination of any kind, including gender-related discrimination as follows:

“A person shall not be discriminated against on grounds of gender, race, colour, ethnic origin, religion, creed or social or economic status. For the purposes of this article, “discriminate” means to give different treatment to different persons attributable only or mainly to their respective descriptions by race, place of origin, political opinions, colour, gender, occupation, religion or creed, whereby persons of another description are not made subject or are granted privileges or advantages which are not granted to persons of another description.”

The Labour Act 2003, in Sections 10(b) and 68, distinctly in conformity with this constitutional directive, provides for equal remuneration for “equal work”. Although this does not necessarily single out gender-related pay discrimination, it clearly covers all workers, irrespective of their gender.

Again, the Government White Paper on the Single Spine Pay Policy (SSPP) spells out the basis for the establishment of salary levels for all public sector workers covered by the SSPP. It is done through a comprehensive job evaluation exercise across board, which takes into cognisance some four (4) broad factors, which are decomposed into 13 sub-factors, namely: Education, Learning Experience, Judgment, Consequence of Error, Financial Responsibility, Responsibility for Assets, Supervisor

Determination of the salary level of employees covered by the SSPP therefore does not take into any account, the gender, tribe, age, social status or other discriminatory factor against the individual.

Ghana’s National Daily Minimum Wage (NDMW) is negotiated on an annual basis by the Tripartite Committee, which is chaired by the Minister for Employment and Labour Relations.

The committee appoints a Technical Subcommittee (composed of equal representation from Employers, Workers and Government) to propose scenarios using prevailing economic conditions, including inflation figures of previous and subsequent years (projected), public sector contribution to GDP and government’s ability to pay, among other factors, to recommend the wage adjustments for the ensuing year. Gender has never been amongst any of the conditions at that or any other level.

Following that, a Public Services Joint Standing Negotiation Committee (made up of Government on one side and Organized Labour on another), negotiates the Single Spine Base Pay (the lowest paid salary on the SSPP). This also entertains no consideration regarding the sex of salary earners. Of course, the SSPP has grappled with some post-migration implementation challenges. However, none of these have ever been attributable to gender-related discriminatory violations. The Single Spine is gender blind. Period.

Easy to say so though, with regards to the public sector. But can we say same about the private sector and in some multi-national organisations? Yes, indeed, most salaries are usually pre-fixed for whoever occupies the position. However, there exist situations where some salaries are confidentially negotiated on individual basis, especially for management slots.

The last question of any job interview mostly wades towards “what salary range are you expecting?”. This is either meant to gauge the financial motivation of the individual for an already fixed figure or Conditions of Service; or it is meant to open up a negotiation on salary. Here, some situational analysis have revealed that men are usually more assertive when negotiating their salaries, while women are mostly considerate and understanding, especially when the employer comes up with that “this is just the start, things would get better” vibe.

Most men negotiate with an eye on their financial responsibilities back home like rent, utilities, school fees, and in most cases, groceries (referred to as chop money). Besides, there could be a capital-intensive “site project” on the side. Hence men look at the bottom-line and if it doesn’t make economic sense, they either walk or take the job temporarily, but continue looking for better offers.

This compels employers to yield, especially when the person appears to be a productive addition to their teams. Women on the other hand, although equally have financial responsibilities, try to avoid the tension that comes with such sensitive negotiations; hence tend not to drag things for too long. Who wants to portray herself as a difficult employee to a potential employer she’s trying to impress?

Same can be said of promotions which lead to better conditions. When it comes to that, men tend to be more forward in flaunting what they bring to the table and reminding the employer of their pivotal role in the firm. Women on the other hand, have some considerations to weigh during this usually toxic duel. In the most cases, they are disadvantaged, owing to situations outside of the workplace, beyond their control.

Under circumstances where bonuses and promotions are pegged to extra work done, family responsibilities (like having to leave on time to pick the kids from school and going home to take care of stuff), sometimes act as inhibitions to women from pushing for more earnings. The man is however able to work late or accept assignments that take him away from home over the weekends, etc.

Once these exigencies are tactically navigated, women can match or even outperform men at the workplace and therefore earn more. The catch therefore is for women not to let these seeming imbalances deprive them of their worth at work. You must lean on the principle of equal pay for equal work put in. Having to close early, should not be reason to deny oneself the right to push for equal or higher pay, because, she may be raking in more for her employer during her time on the job.

So here’s the gist: The golden egg isn’t in the pay. It’s laid within the job, because its nature and level, is what leads to the corresponding salary. Admittedly, there may be jobs which mostly attract people of certain heights, gender, age, physical ability, etc, with commensurate pay. Eg. Construction work which is mostly done by men; and hospitality work, mostly by women.

But if a woman can operate a crane, she should earn the same wage as a man doing the same job. In short, anyone who can make a strong case regarding their work output, should be able to command commensurate pay deserved. It must be strictly work content focused, and not just because of one’s gender or age or other.

Fact is, the more knowledge, experience, dexterity or mental/physical effort an employee brings to the table, the higher his/her value becomes over his/her peers. This especially holds true, more in the private sector.

One sticky situation is when an employee is somewhat ok with her salary, until she discovers that her male counterpart is being given more than her, by the same employer, who previously peddled all sorts of ‘reasonable’ excuses as to why she can’t be given more than what she’s getting now. Missy darling, the game plan is to keep your eye on output, not gender, before they give you that “stop being emotional” silencer.

And if they prove that the male counterpart is doing more, ask for the opportunity to do same, or point out other stuff you are doing that he isn’t doing. The more ‘polished’ or productive one’s skill is, the more demand there is for it.

And that’s not just at your current workplace, but outside of it. And the higher the demand for that rare skill, the higher the rewards on it. So if all these competences are overlooked, and an employee believes she is getting an unfair run, based on his/her gender, race, colour, ethnic origin, religion, creed or social or economic status, maybe he/she must initiate a ‘nice’ conversation with “bossu”.

I would have advised that they give a call to the Labour Department, National Labour Commission or Fair Wages & Salaries Commission, but let’s not preempt the employer’s integrity to see reason and oblige to the fact that Ghana is no haven for pay inequalities of any kind.

The Nature Of True Love For One’s Nation

Gender inequalities: A web of poverty for African women farmers

We salute our farmers