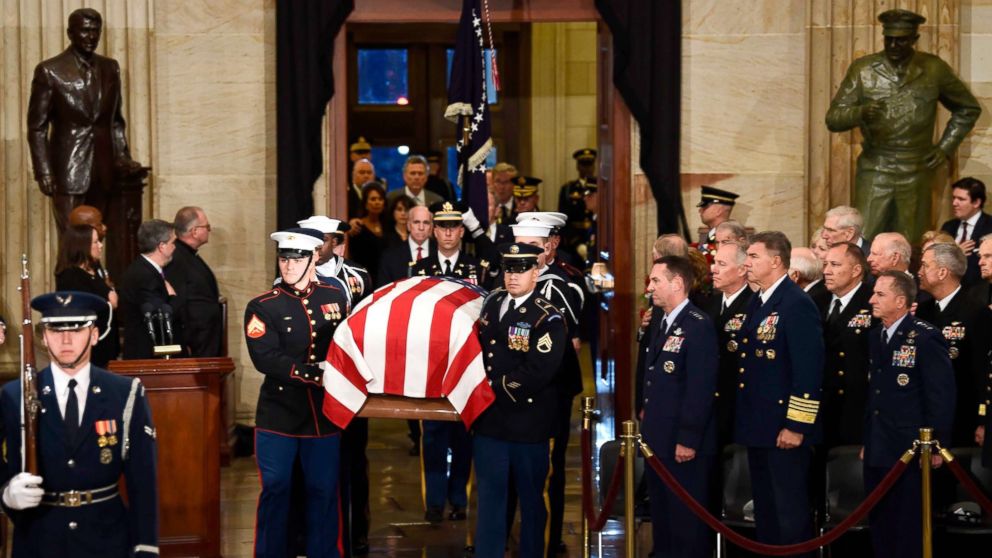 George HW Bush: Casket lies in state ahead of funeral

The state funeral of President George HW Bush began with an emotional ceremony at the US Capitol.

The flag-draped coffin of the 41st US president was greeted by his son, the 43rd president George W Bush.

The casket will lie in state until the funeral at the National Cathedral in Washington DC.