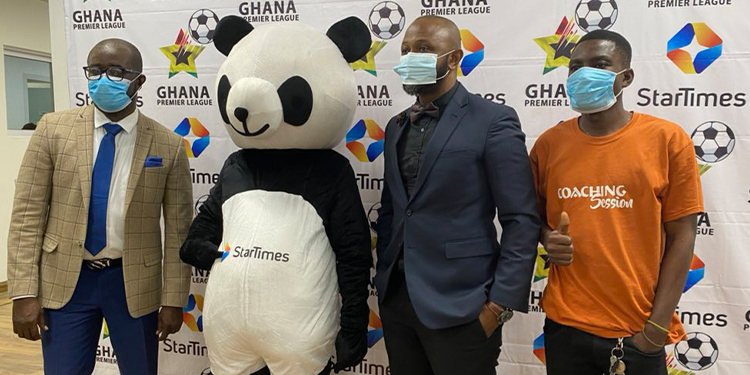 The Ghana Football Association (GFA), on Friday, November 05, 2020, launched the 65th Ghana Premier League season and other products of the Association, ie, Division One League, Women’s Premier League, and the MTN FA Cup. The launch took place in the studio of a Broadcast partner, StarTimes.

“We are on the precipice of a new football season. It is a time that many have longed for in the last ten months. I look forward to the familiar feeling of anticipation, anguish, joy, passion, and all other emotions that football is known to unearth in all of us. President Kurt E.S Okraku said at the launch

“It will be recalled that the local league kicked-off on 29th December, 2019 amidst fervent anticipation and support from all stakeholders.

Other speakers on the night were, Madam Hilary Boaten, Chairperson of the Women’s League Management Committee, and Mr. Akwasi Agyemang, Chairman of the Division One League Committee.

The National Division One League will commence in December 2020. While the MTN FA Cup and Women’s Premier League kick-off in January 2021.

The GFA also unveiled the official song of the Ghana Premier League, entitled ‘Our Own’, composed by Ref Gee, a new kid on the block.