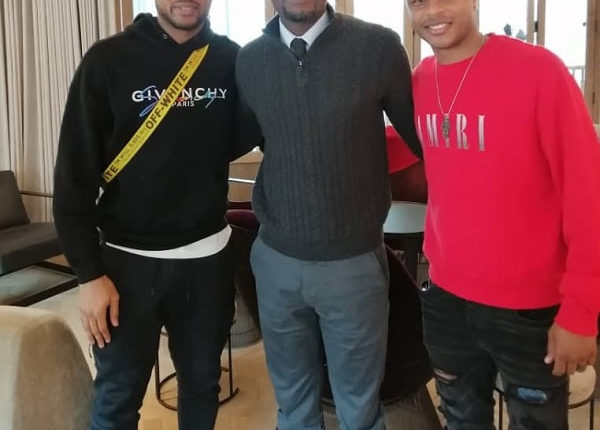 The 45-year-old is on a European tour to hold discussions with current players and potential new additions to the Black Stars, having assumed duty as new head coach last month.

He replaced James Kwasi Appiah, whose contract expired at the end of 2019.

“The Black Stars Coach, whose itinerary for the United Kingdom includes visiting other players in England, was fortunate to have Jordan Ayew visiting his brother in Wales so he ceased the opportunity to have discussions with both players.

“The discussion centred on the coach’s vision, programme and new direction for the national team.

“Charles Akonnor will pay similar visits to other Ghanaian players in England, Spain and Germany in the coming days.

“He will also take the opportunity of his European tour to have a closer look at some players of Ghanaian origin.”

“It is an honour for the coach to visit,” Ayew said after the meeting.

“He has been there before as a captain and understands the situation of wanting to do well for not only us but for all Ghanaians.

“We have had a great meeting.

“We have a double header coming up and it is good that we win and secure qualification in our quest to bring back the Africa Cup.”

English-born right-back Tariq Lamptey, who completed a move from Chelsea to Brighton and Hove Albion on Friday, could also be in line for a talk with the coach about his international future.

In Spain, Akonnor could be meeting Atletico Bilbao striker Inaki Williams who has been a long-term target of Ghana.