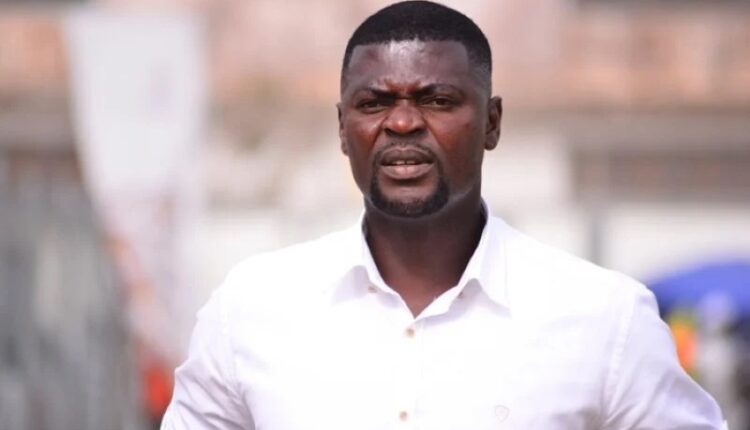 The Ghana Premier League outfit, run to the GFA PSC after rejecting a compensation package of GHS30,000.

The club in addition to seeking a compensation package of GHS212,500, also wanted the Ghana FA PSC to direct Coach Samuel Boadu to pay them GHS100,000 in damages.

After hearing the case, the GFA Player Status Committee has dismissed it and also awarded a cost of GHS2,000 against Medeama SC instead.

“In our view, the Player Status Committee was right in enforcing the termination clause provided for in the contract between the parties even though there is no mutuality in the provision that requires the coach to pay three months’ pay in lieu of notice. The coach has not complained about the said clause and therefore we shall not consider same in our decision,” part of the decision from the PSC reads.

It adds, “The facts presented to the Player Status Committee shows that the club was paying the coach GHS10,000 a month and therefore the contractual penalty sum payable is GHS30,000 as awarded by the Player Status Committee. No refund of enticement fee or relocation package is applicable because none was paid. We shall accordingly dismiss the appeal and award costs of GHS2000 against Medeama SC.”

Find the full verdict from the GFA PSC below: 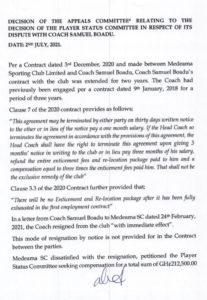 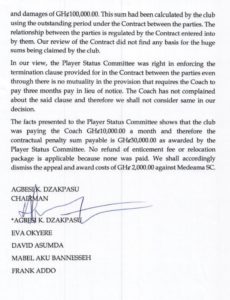