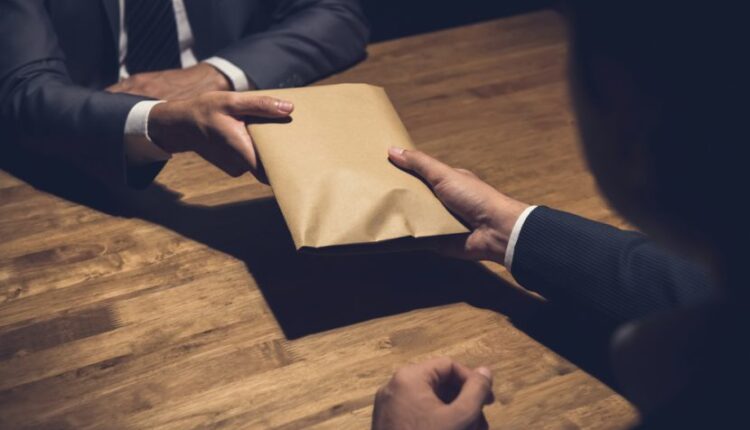 Ghana has failed to make progress in the fight against corruption, the 2021 Corruption Perceptions Index (CPI) has shown.

“Ghana’s current performance is still below 50, which is the expected average and thus leaves much to be desired,” the local chapter of the TI, the Ghana Integrity Initiative (GII) noted in a release.

SSA’s average is 33, the lowest in the world. Forty-four countries, including Ghana, ranked below 50.

Ghana’s score of 43 placed her 9th along with Senegal out of 49 SSA countries on the 2021 CPI index.

The 2021 CPI focuses on corruption, democracy and human rights. According to TI, corruption enables both human rights abuses and democratic decline, and in turn, these factors lead to higher levels of corruption, setting off a vicious cycle.

TI further posits that the global COVID-19 pandemic has opened doors for governments to expand their executive powers further, conceal information from the public and strip away rights. This year’s CPI shows that 154 countries have either declined or made no significant progress in tackling corruption in the last decade, and 27 countries are at historic lows in their score.

In connection with the focus for 2021 CPI, Delia Ferreira Rubio, Chair of Transparency International, stated:

“Human rights are not simply a nice-to-have in the fight against corruption. Authoritarian approaches destroy independent checks and balances and make anti-corruption efforts dependent on the whims of an elite. Ensuring people can speak freely and work collectively hold power to account is the only sustainable route to a corruption-free society.”

TI’s research shows a strong correlation between anti-corruption and respect for human rights and that very few countries have managed to establish effective control of corruption without also respecting human rights. Of the 23 countries that have significantly declined on the CPI since 2012, 19 also declined on their civil liberties score.

Although the government is known to have taken some measures to address the canker and abuse of public office, impunity remains a problem.

What Needs to be Done

According to TI, corruption may be a multi-faceted problem, but the solution is known.

To end the vicious cycle of corruption, human rights violations and democratic decline, TI recommends that, governments around the world should uphold the rights needed to hold power to account; restore and strengthen institutional checks on power; combat transnational forms of corruption and uphold the right to information in government spending.

1. Enhance institutional checks on power
Public oversight bodies, including anti-corruption agencies and the supreme audit institution, must operate fully independent from the executive as their mandates stipulate. They should continuously be well-resourced with budgets allocated to them fully disbursed and empowered to effectively investigate and sanction corruption timeously.

2. Empower citizens to hold power to account
Agencies of state responsible for guarding the rights of citizens should take active roles in ensuring expeditious investigations into violations of the rights of civil society and media activists as well as human rights defenders and facilitate justice for crimes against all. Parliament and the courts should also be vigilant in preventing executive overreach.

3. Sanction the corrupt to serve as a deterrent
Ghana is touted to have considerable anti-corruption frameworks, including sanctioning laws. However, not enough commitment to sanctioning corruption, particularly political corruption, has been demonstrated in recent years. Government and state anti-corruption institutions must effectively work towards making corruption a high risk and a low gain venture to reduce the incidences of abuse of power, impunity and corruption.

4. Improve transparency and accountability in political party and campaign financing
The Electoral Commission should be held accountable to ensure the enforcement of the Political Parties Act, 2000 (Act 574), particularly Section 21, which relates to the disclosure of funding sources by political parties. Parliament should also amend Act 574 to include disclosure on funding sources for candidates contesting Presidential and Parliamentary elections. There should also be a ceiling on how much can be raised and spent by candidates contesting these elections.

5. Promote efficient public service delivery and anti-corruption through digitization Evidence from the ongoing digitization projects of government suggests that automated processes within relevant public institutions (GRA) have reduced human contacts and also have the potential to help reduce corruption. Government should, therefore, expedite its digitization programme and extend electronic services to all Ministries, Departments and Agencies (MDAs) and digitization of services that are in high demand by citizens must be prioritized.